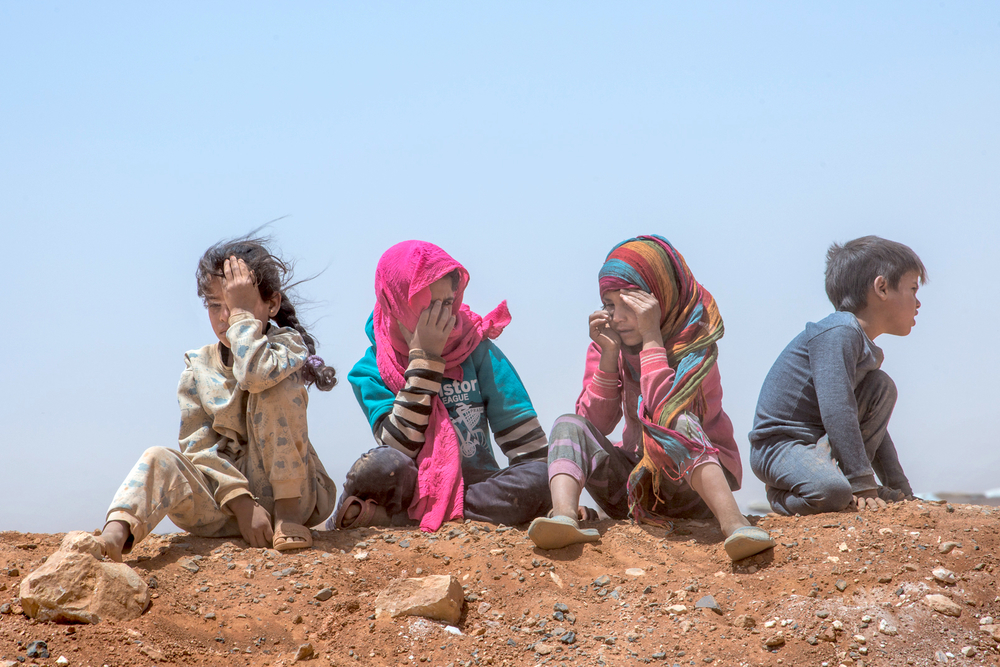 Nine years ago this week, the Syrian Revolution began with peaceful pro-democracy protests. The first demonstrations broke out in the city of Deraa after local schoolchildren painted a mural depicting scenes and slogans from the recent revolutions in other Arab countries, and were detained and brutalized by the police. The Bashar Assad regime responded to the demonstrations with serial massacres. After months of this, the Free Syrian Army emerged, initially as a self-defense militia to protect protesters. But the situation soon escalated to an armed insurgency. The regime lost control of areas of the country, and local civil resistance committees backed by the FSA seized control. Assad then escalated to levels of violence rarely seen on Earth since World War II.

In areas still under regime control, opposition activists were “disappeared” and exterminated on a scale exponentially exceeding that of the Pinochet dictatorship in Chile in ’70s. Areas under control of the rebels were subject to massive aerial bombardment—and serial use of chemical weapons. Regime figures have been charged in foreign courts with crimes against humanity. The systematic mass killing has arguably reached the point of genocide.

After Russia intervened in defense of the regime in 2015, the city of Aleppo was virtually destroyed. When the rebel-held section of the city finally fell the following year, the population faced massacres at the hands of regime forces, in what one UN representative called “a complete meltdown of humanity.” Finally the UN brokered a mass evacuation to Idlib province, which was still in rebel hands. Now, the last patch of rebel territory in Idlib is itself facing an offensive by Assad and his Russian backers, with the civil population again under massive bombardment, over a half million displaced, and a grave humanitarian crisis at hand.

While counting the casualties in a war zone is always a fraught exercise, and the UN stopped trying in Syria several years ago, the available estimates provide some scale of the massive death toll. The UK-based Syrian Observatory for Human Rights puts the number of people killed since March 2011 at more than 380,000, including over 115,000 civilians. The Violations Documentation Center in Syria, registered as a nonprofit in Switzerland but with most of its team on the ground in Syria, has documented more than 215,000 battle-related deaths, including nearly 130,000 civilians. (New Humanitarian)

Nearly 5.6 million people have fled Syria and become registered refugees, and another 6.1 million remain displaced within the country’s borders. Many of those now displaced in Idlib had already fled Aleppo, and are now uprooted for a second time.

Multiple foreign powers (most prominently Russia, Turkey and the United States) have intervened and sought to turn the Syrian conflict into a proxy war. Ultra-reactionary jihadist forces (most prominently ISIS and the Nusra Front) have also exploited the situation to seize territory and win a following among the desperate and traumatized. But through all this, a civil resistance movement loyal to the secular and democratic ideals of the Arab Revolution of 2011 has survived, and actually continues to hold self-governing territories within Idlib.

Revolutionary Kurdish forces also created their own autonomous zone in the northeast region of Rojava in 2012, instating an inspiring and explicitly anarchist-influenced model of direct democracy. But last year, this autonomous zone was expunged by a Turkish invasion. And as Turkey has backed the Arab rebels in Idlib against Assadist and Russian aggression, the Arab and Kurdish revolutionaries have been tragically pitted against each other.

Throughout these nine years, the position of the American “left” has been deeply disgraceful.  Every step of the way, “progressives” in the US and the West have been on the side of Assad. Protestations that they are merely in opposition to US intervention are transparently bogus. The Syrian Revolution is routinely portrayed as US-fomented “regime change” astroturf. Every use of chemical weapons by the regime is met with baseless theorizing that the rebels gassed their own territory as a provocation. The worst factions, which are not insignificant, actually march with portraits of the genocidal dictator and war criminal Bashar Assad at their hypocritical “anti-war” rallies.

Most tellingly, the “anti-war” forces in the US were utterly silent as US warplanes virtually destroyed the city of Raqqa in support of the Kurdish-led ground campaign to take the city from ISIS in 2016 and 2017. The massive toll in civilian casualties in Raqqa was meaningless to the “anti-war” forces. But on the two occasions that the US bombed Assad regime air-bases in retaliation for chemical attacks, both sparked waves of “anti-war” protest across the US. It is not Syrian lives that matter to the American “left,” but Assad regime warplanes. This is a pro-war position masquerading as an anti-war position.

More anarchist-oriented elements of the American left have, at least, sought to build solidarity with the Kurdish autonomous zone in Syria. But they have been slow to grapple with the fact that the quasi-anarchist Rojava Kurds have been active collaborators with US imperialism. They have arguably been forced into this position under pressure from ISIS and Turkey—exactly as the Arab rebels have been forced to become Turkey’s collaborators under pressure from Assad and Russia. But it is still a painful reality that must be reckoned with.

And voices on the American and Western left in support of the general Arab-led Syrian Revolution have been few and marginal.

Contrary to incessant claims to the contrary, the war in Syria is not over. In Idlib, it has escalated horrifically in recent weeks. Overlooked in the world media and utterly betrayed by progressives in the West, the final remnants of the Syrian Revolution are making a last stand.

Will the flame still be alive this time next year, a full decade after the schoolchildren of Deraa courageously called for the downfall of the regime?

Photo of refugee children on Jordanian border: Peter Biro/ECHO via The New Humanitarian