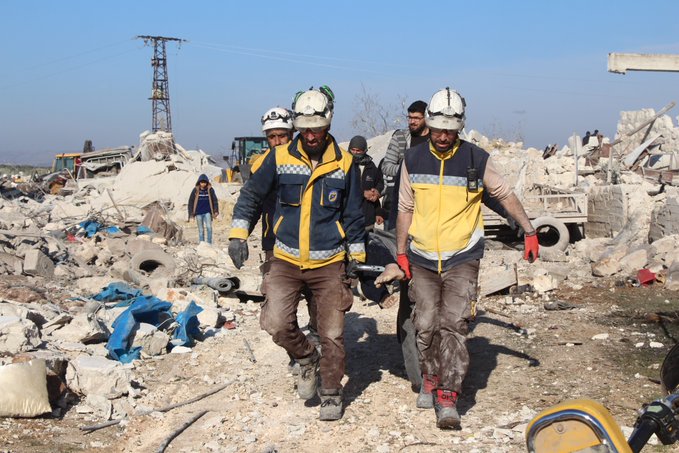 The UN Commission of Inquiry on Syria issued a report March 2 charging that Russia is responsible for war crimes in the ongoing Syrian conflict. The report focuses on indiscriminate bombing of civilian areas from July 2019 through January 2020, and apparently intentional attacks by “pro-government forces” on civilian targets such as hospitals and medical facilities. The commission focused on two incidents in which it found substantial evidence that Russian warplanes were directly involved in the bombing of civilian areas.

The first incident was a series of air-strikes on a market place in Ma’arrat al-Nu’man, a town south of Idlib City, on July 22. The report describes the attack as a “double tap” strike, in which a second wave of bombing hit the same target when rescue workers were on the site. Forty-three civilians, including four children, were killed and at least 109 injured.

The second attack investigated was the Aug. 16 bombing of a compound for displaced civilians that had been built in fields just outside Haas in the south of Idlib governorate. That attack killed 20 people, including eight women and six children, and injured 40 others.

“Based on the evidence available, including witness testimonies, video footage, data imagery as well as reports by flight spotters, flight communication intercepts and early warning observation reports, the commission has reasonable grounds to believe that a Russian aircraft participated in each incident described above,” the report stated. “In both incidents, the Russian Air Force did not direct the attacks at a specific military objective, amounting to the war crime of launching indiscriminate attacks in civilian areas.” (The Guardian)

On March 5, Turkish President Recep Tayyip Erdogan and his Russian counterpart Vladimir Putin announced a new ceasefire in Idlib, after a meeting in Moscow. The deal creates a new “security corridor,” to be jointly patrolled by Russian and Turkish forces. But the deal represents a territorial gain for Assad, as the new corridor, along the Idlib’s M4 highway, is to the north of the previous buffer zone that Russia and Turkey had been jointly recognizing before the new regime offensive. Areas south of the highway are effectively ceded to the Assad regime, and the line of control is several kilometers closer to Idlib’s capital, which remains in opposition hands. (BBC News, The Drive)