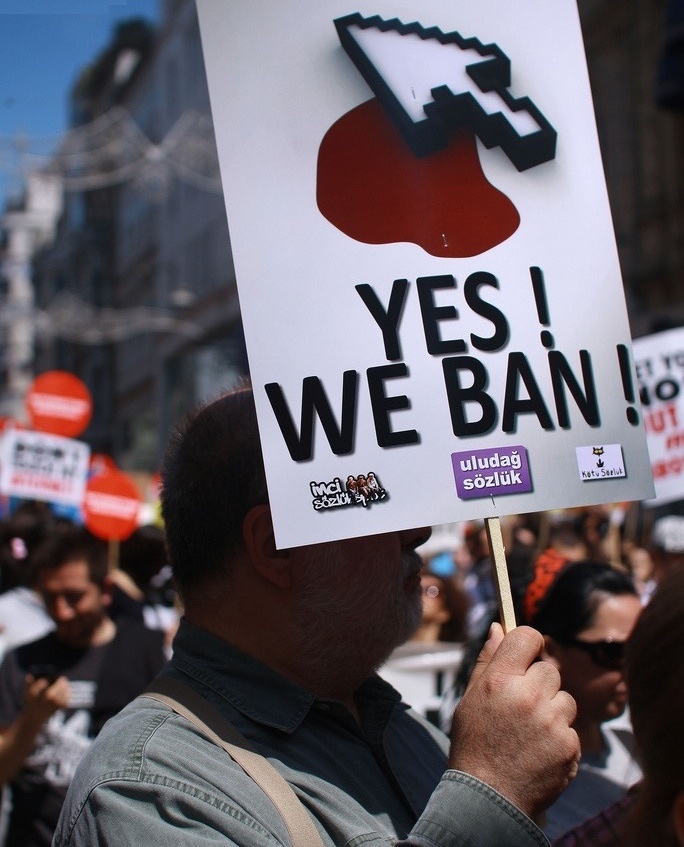 Heavy fighting broke out in Libya’s capital city of Tripoli, killing at least 32 people and raising concerns of a return to all-out war. Civilians were reportedly among those killed and injured in the clashes between forces loyal to Libya’s two rival governments: a Tripoli-based Government of National Unity headed by Prime Minister Abdulhamid al-Dbeibah, and a House of Representatives based in the eastern city of Tobruk that chose its own prime minister for the country, Fathi Bashagha, in February. (Map: Perry-Castañeda Library)

A court in Nador, Morocco, sentenced 33 migrants, mostly from Sudan and South Sudan, to 11 months behind bars for “illegal entry” into the country and “disobedience.” The 33 are among the hundreds who last month attempted to enter Spain’s North African enclave of Melilla, sparking a violent response from authorities. Some 2,000 migrants stormed the heavily fortified border between the Moroccan region of Nador and the Spanish enclave, with many trying to scale the border wall. They were repelled by Moroccan and Spanish security forces, with up to 27 killed. The African Union is calling for an investigation into the repression. (Map: PCL Map Collection)

The United Nations Support Mission in Libya (UNSMIL) released a report containing evidence of mass graves in the Libyan city of Tarhuna, southeast of Tripoli. The report estimates there could be as many as 100 undiscovered mass graves in the city. It claims that the al-Kaniyat militia, in power in Tarhuna from 2016 to 2020, is responsible for mass killings there. The militia is alleged to have used brutal torture methods on residents including women, children, the infirm, and the disabled. UNSMIL calls on Libyan authorities to “[e]stablish a Special Tribunal for Tarhuna to prosecute international crimes” and “[c]ontinue searching for the missing and for remaining mass graves…” (Map: Perry-Castañeda Library) 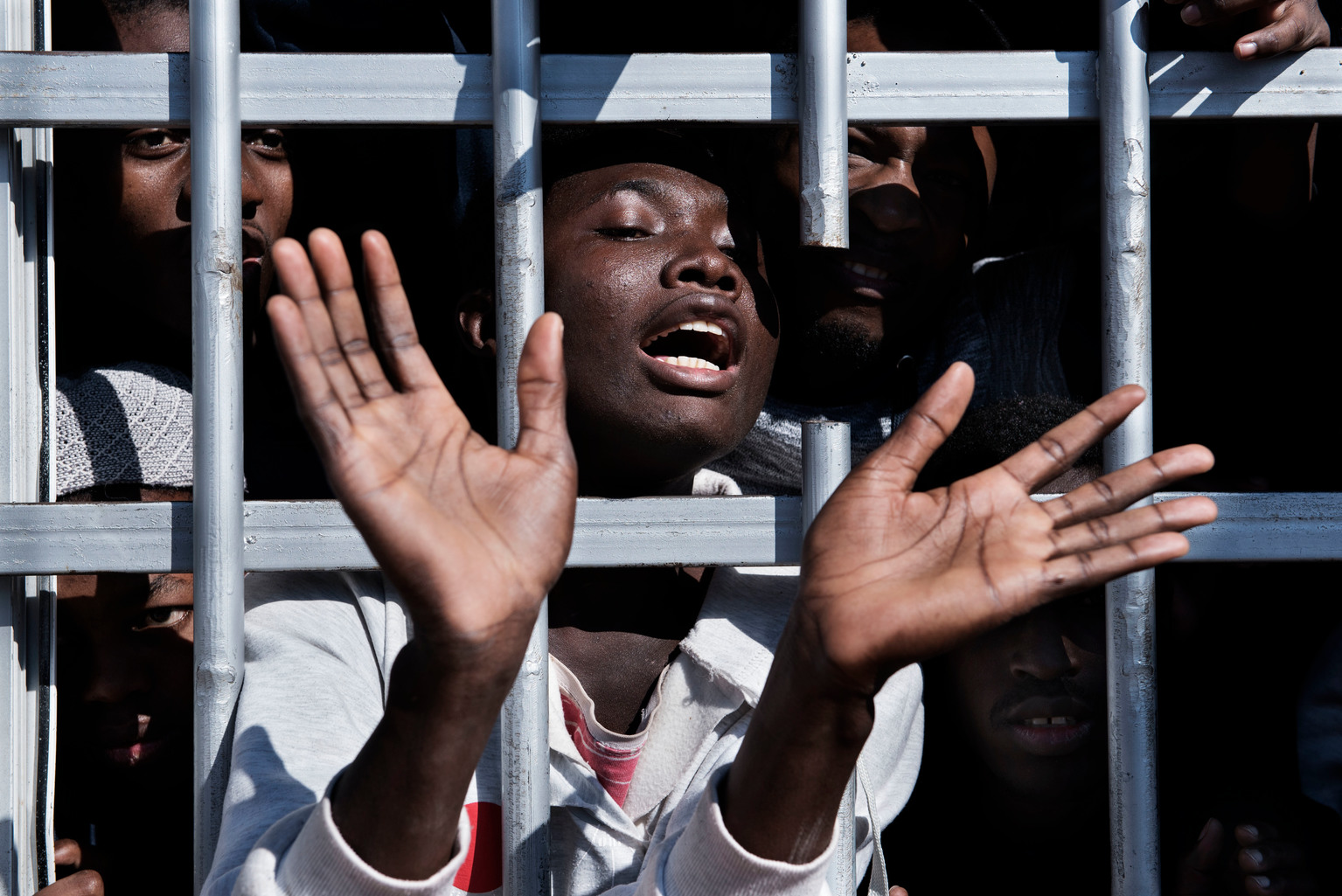 Libya’s eastern-based parliament chose a new prime minister for the country, former interior minister Fathi Bashagha. The only problem… Libya already has an interim prime minister: Abdul Hamid Dbeibah, chosen by a UN-led process to head the Tripoli-based Government of National Accord. Dbeibah was supposed to guide the fractured country through presidential elections in December, but they were postponed after contestation over the rules governing the process. Dbeibah had promised not to run for president but put his hat in the ring anyway, with the rules apparently mandating that he step down as prime minister three months before the polls—which he did not do. The Tobruk-based parliament says the deadline means Dbeibah’s time is up, but he says he won’t hand over power until elections take place. He reportedly survived an assassination attempt shortly before the parliament’s move to replace him. None of this bodes well for Libyans’ long quest for a united country. (Map: Perry-Castañeda Library) 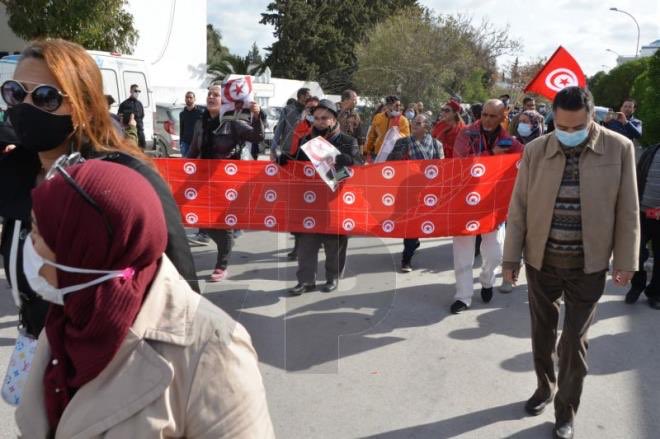 Tunisian President Kais Saied officially dissolved the Supreme Judicial Council, sending police to seal the chamber where the body meets. The Council’s head, Youssef Bouzakher, called the dissolution “illegal,” and said it is aimed at bringing Tunisia’s jurists under control of the executive. Established in 2016, the Council is a constitutional body entrusted with ensuring the independence of the judiciary, responsible for appointing judges and taking disciplinary action. Bouzakher said the Council intends to continue working in defiance of the president’s announcement. The move is a further consolidation of Saied’s power following his “self-coup” last year, in which Tunisia’s parliament was suspended. (Photo: XLR Media via Twitter) 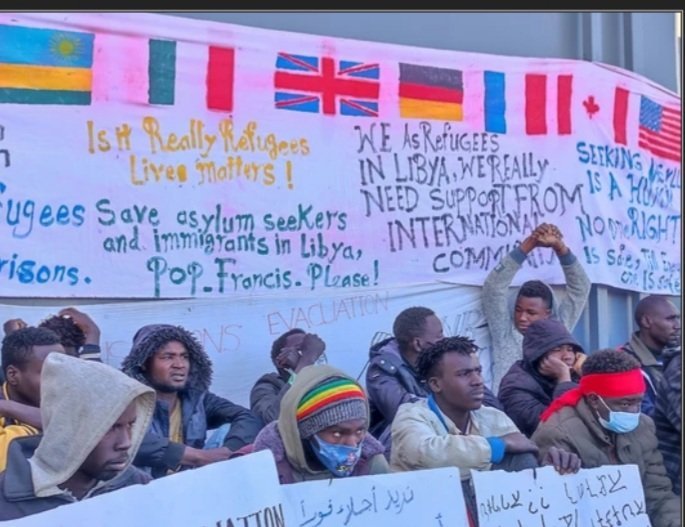