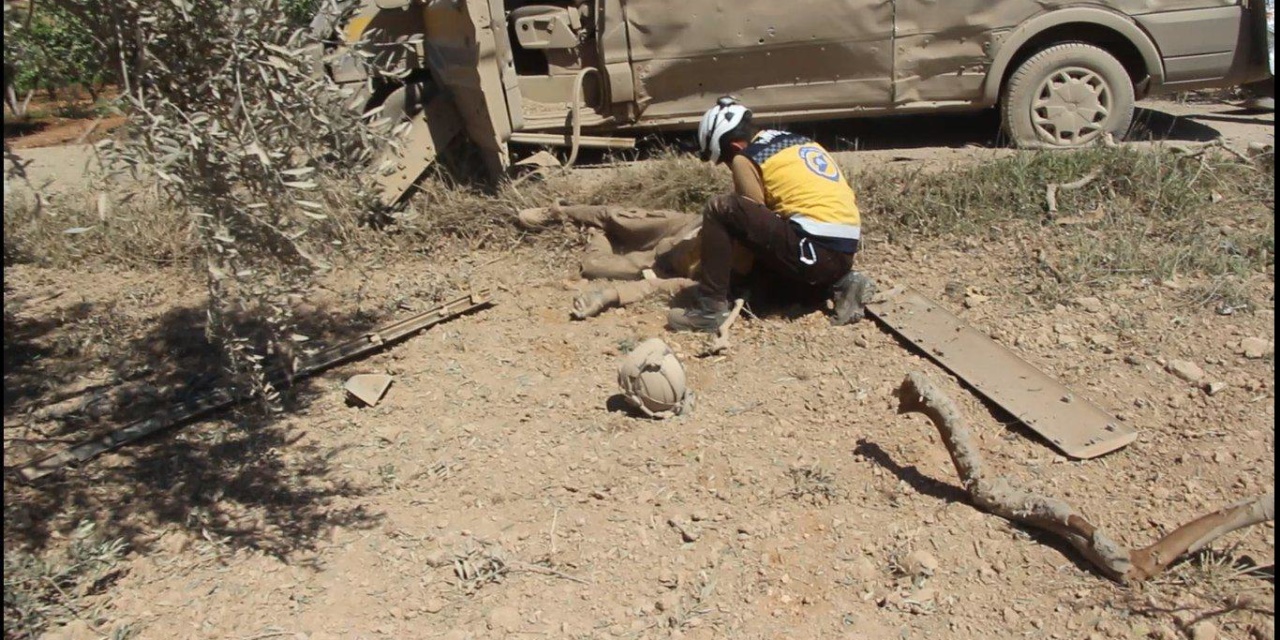 Assad regime and Russian warplanes continue to target civilians and basic infrastructure in the aerial assault on opposition-controlled Idlib province in Syria’s north. At least 12 were killed in a regime air-strike on a market in Maar Shurin village July 16. Two days earlier, Russian air-strikes destroyed the main water plant in Maarat al-Numan, a town already swollen with displaced persons who have fled the regime offensive. The pumping station, which provides clean water to the town of 80,000 and surrounding villages, was previously targeted by regime air-strikes on July 5, causing partial damage. First responders are also apparently being intentionally targeted. A new report from the Syrian Network for Human Rights finds that Russian and Assad forces have struck 31 civil defense centers and vehicles in opposition-controlled areas of Idlib and Hama provinces since the current offensive began in late April. At least seven first responders and medics from the White Helmets and Violet Organization civil defense groups have been killed. The overall civilian death toll in the air-strikes on Idlib and Hama is placed at 550, including 130 children.

The report counts a total of 229 civil defense personnel killed in opposition areas since March 2013. Of these, 159 were killed by Assad regime forces, and 38 by Russian forces. Three were killed by ISIS, one by Kurdish forces, and 28 by unidentified “other parties.” Regime and Russian air-strikes on hospitals have been a regular feature of the Syrian conflict, which broke out in 2011 following brutal suppression of protests by the Assad regime. The report notes that such attacks violate the provision of the Geneva Convention that mandates the protection of medical personnel during conflicts “in all circumstances.” (EA Worldview, July 17;  EA Worldview, July 16; The New Arab, July 14)

The White Helmets, which have been particularly singled out for attack by the Assad regime, have also been the target of a propaganda campaign in the West, baselessly tarring them as “terrorists.”