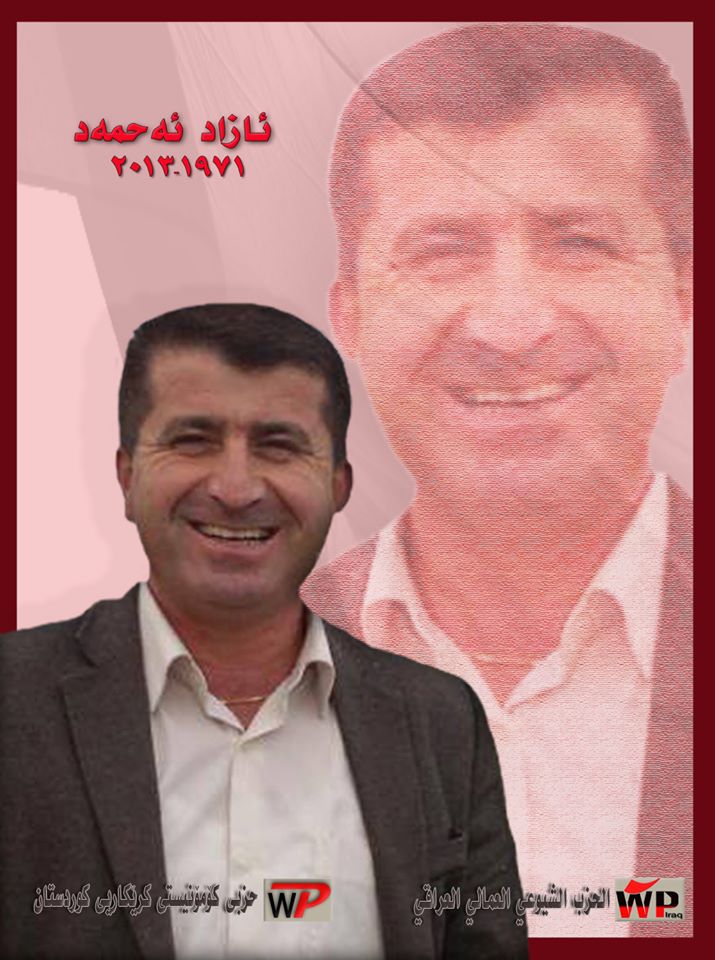 Azad Ahmed, a leading figure in Iraq’s civil resistance movement, was murdered by unknown assailants when his car was stopped Oct. 30 between the northern cities of Kirkuk and Sulaymaniyah. No faction has yet taken responsibility. Ahmed was a longtime member of the political bureau of the Worker-Communist Party of Iraq. His first political experience was as a labor activist during the 1991 uprising in the Kurdish zone, when he helped establish workers’ councils that succeeded in collectivizing industries in Iraq’s north during the rebellion. In 1999, he helped found the Children’s Protection Center in Kirkuk, which expanded after the US invasion of Iraq in 2003, establishing shelters in Sulaymaniyah, Baghdad and Basra to help children wounded or left homeless in the war. In 2005, he became a co-founder of the Iraqi Freedom Congress, a body that coordinated nonviolent resistance to the US occupation and Islamist militias alike. He represented the IFC at international anti-war conferences, and was a prominent advocate of a secular, pluralist Iraq with a dignified place for workers, children and women. (Solidarité Ouvrière,  Nov. 2)