The under-reported conflict in Cameroon’s Far North Region is heating up, as an ISIS franchise has usurped leadership of the local Boko Haram insurgency. Five soldiers and a civilian were killed this week in a raid on an army post near the Nigerian border. The heavily-armed insurgents are believed to be from the Islamic State of West Africa Province (ISWAP). The group has “regained strength following internal restructuring,” according to the Cameroonian defense ministry—a reference to the death in May of Boko Haram leader Abubakar Shekau, and the absorption of his forces by ISWAP. (Photo: ISS Africa)

The self-proclaimed Islamic State West Africa Province (ISWAP) issued a statement claiming its fighters killed 40 Nigerian soldiers in an ambush along the Damboa-Maiduguri highway in northern Borno state. The statement said ISWAP fighters captured five all-terrain vehicles, weapons and ammunition, and burned an armored vehicle during the attack. The Nigerian military confirmed the attack but said only two soldiers were killed. Boko Haram has now split into two factions. One, under longtime leader Abubakar Shekau, is notorious for suicide bombings and indiscriminate killings of civilians. Shekau pledged allegiance to ISIS leader Abu Bakr al-Baghdadi in 2015, but ISIS only recognizes the rival faction, which calls itself ISWAP. (Photo: Sahara Reporters) 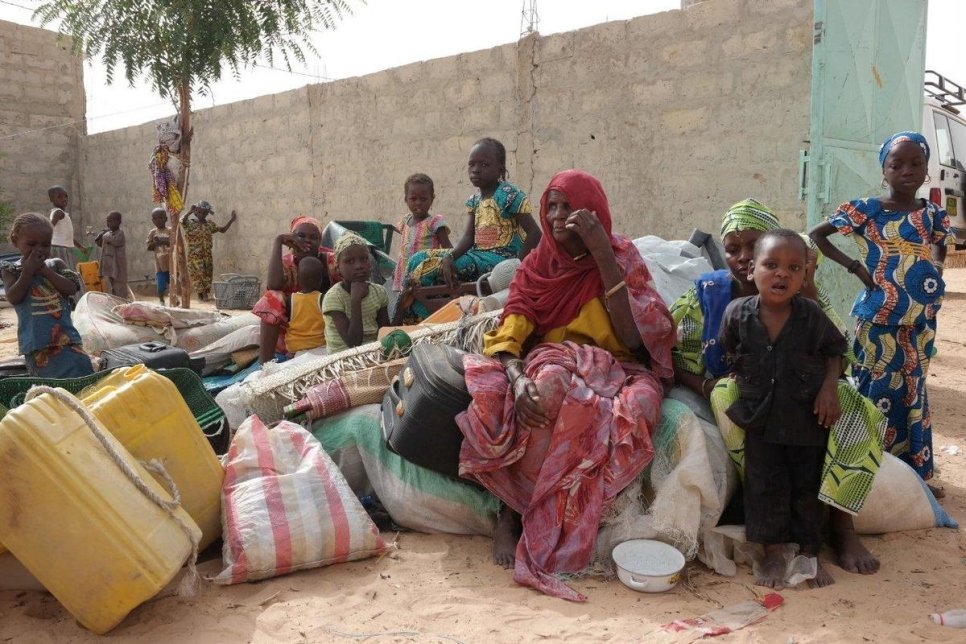 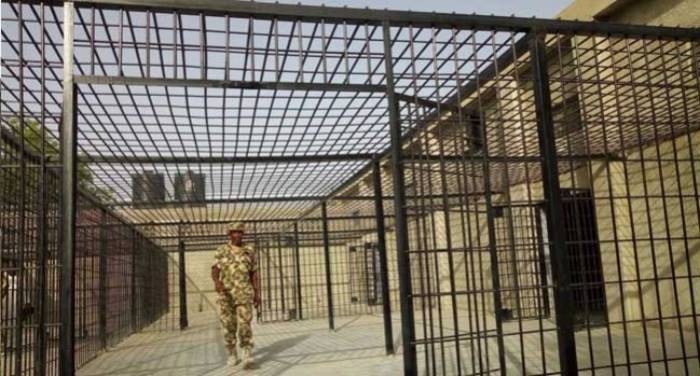 Human Rights Watch reports that the Nigerian military has been arbitrarily detaining thousands of children, some as young as five years old, for suspected involvement with the armed group Jama’atu Ahlis Sunna Lidda’awati wal-Jihad, commonly known as Boko Haram. According to HRW, the military often detains children based on little or no evidence. Many children were arrested after fleeing Boko Haram attacks on their villages, or while seeking refuge. Some of the detained girls had been abducted or forced to become Boko Haram “wives.”  Based on interviews with former child detanees, HRW reports that conditions at Giwa military barracks, the main detention facility, are inhumane, with detainess subject to severe overcrowsing and extreme heat. (Photo: Nigeria Today)

Human Rights Watch exposed the abuse of detainees at a detention center in Cameroon’s capital city of Yaoundé, identifying violations of domestic and international human rights law. Torture and arbitrary detention have been “endemic in Cameroon’s law enforcement and military system,” carried out by gendarmes and other security forces of the State Defense Secretariat. These tactics are employed against suspected members or supporters of Boko Haram or armed separatist groups operating in the country’s west. (Photo via Jurist)

In Episode 27 of the CounterVortex podcast, Bill Weinberg interviews Eben Egbe and Amy Dalton of the Global Initiative to end the Cameroons Colonial Conflict (Gi3C), who discuss the independence struggle in Ambazonia—a territory that was illegally annexed by Cameroon following the end of colonial rule in 1960. The past year has seen a terrible increase in state terror in Ambazonia from the French-backed neo-colonial Cameroon authorities, with protesters fired upon by helicopter gunships, and finally villages burned by military forces, sending the residents fleeing into the bush. Some 400,000 people have been internally displaced, with a further 20,000 having crossed the border into Nigeria as refugees. Cameroon also receives military aid from the US, ostensibly for the fight against Boko Haram in the north of the country—but this same military is now being unleashed against the civilian populace in the unrelated conflict in Ambazonia in the south. The Gi3C has issued an urgent call for the UN Human Rights Council, which convenes for it's 40th annual meeting this week in Geneva, to send a fact-finding delegation to the region. Listen on SoundCloud, and support our podcast via Patreon. (Photo: Ambazonia representatives with flag, far right, at France meeting of the Unrepresented Nations and Peoples Organization, via Bareta News)

Thousands of women and girls who survived the brutal rule of the Boko Haram armed group have since been further abused by the Nigerian security forces who claim to be rescuing them, said Amnesty International in a new report. The report reveals how the Nigerian military and its paramilitary arm, the Civilian Joint Task Force (CJTF), have separated women from their husbands and confined them in remote "satellite camps," where they have been raped, sometimes forced to submit in exchange for food. Amnesty International has collected evidence that thousands have starved to death in the camps in Borno state since 2015. (Photo: IRIN)

Amnesty International accuses Cameroon of torturing suspected supporters of Boko Haram in its military campaign against the jihadist group. According to the human rights organization, hundreds of suspects have been "subjected to severe beatings, agonizing stress positions and drownings, with some tortured to death" at the hands of government authorities.

Niger's army killed 14 displaced peasants who were apparently mistaken for jihadists in a "free-fire zone" in the restive southeast, where Boko Haram militants stage regular attacks.

US builds regional drone base in Niger

The US is investing at least $50 million in a military air base in Niger that will be capable of deploying drones to police the greater Sahara and Sahel regions.