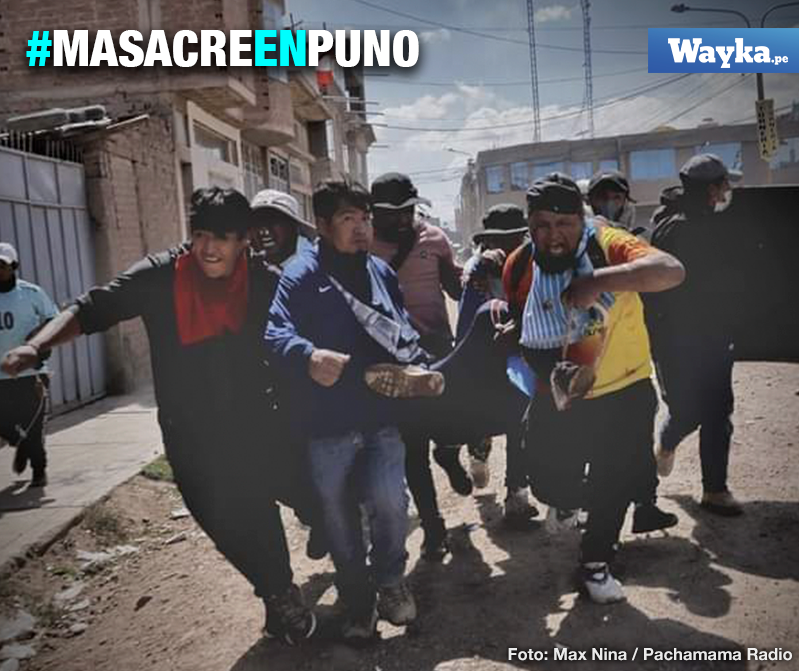 The prosecutor general’s office in Peru, the Fiscalía, on Jan. 10 opened a preliminary investigation into President Dina Boluarte and five of her current and former cabinet members for possible acts of “genocide” in the repression of the mass protests sparked by the ouster of president Pedro Castillo last month. Prosecutor general Patricia Benavides announced that, in addition to Boluarte, her investigation will target Prime Minister Alberto Otárola, Interior Minister Víctor Rojas, and Defense Minister Jorge Chávez. It will also target ex-prime minister Pedro Angulo and ex-interior minister César Cervantes, who lost their positions in a cabinet shake-up amid the unrest. (DW, El Comercio; TRT World)

The announcement came a day after 17 were killed, including two teenagers, as protesters attempted to occupy the local airport in Juliaca, Puno region. One National Police officer was also killed and several injured in the confrontation, as protesters launched fireworks at security forces. That same day, another protester was killed in the nearby town of Chucuito, as police moved against a road blockade.

These deaths were immediately acknowledged by Peru’s official human rights ombudsman, the Defensoría del Pueblo, which issued a statement calling on the security forces to act with restraint. But on the day of Benavides’ announcement, another protester was killed in the city of Cuzco. (InfoBae, La Republica, Al Jazeera, Al Jazeera, CNN Español, Jurist)

Jennie Dador, executive secretary of the non-governmental National Human Rights Coordinator of Peru (CNDDHH) blamed “indiscriminate use of force” for the deaths. “What happened yesterday was really a massacre,’” she told the media. “These were extrajudicial killings.” (NYT) A leader of the social movement in Puno, César Quispe Calsin, said: “What happened in Juliaca is a genocide.” (Pachamama Radio)

Peru’s southern regions of Puno, Cuzco, Arequipa and Madre de Dios have been almost entirely cut off by roadblocks since the protests remobilized on Jan. 6. (RPP Noticias) The giant Antapaccay copper mine in Cuzco region, operated by the Swiss multinational Glencore, was also occupied by protesters, who set two company vehicles on fire and attacked a worker housing complex at the facility. (Reuters)

Senderismo panic
In what appears to be the latest effort to smear Castillo’s supporters as linked to the Shining Path guerillas, police in Ayacucho region on Jan. 13 announced the arrest of Rocío Leandro Melgar on charges of collaborating with the now-moribund Maoist insurgency. Police said Leandro, president of the Defense Front of the People of Ayacucho (FREDEPA), is actually a guerilla operative known as “Comrade Cusi.” Leandro and five other FREDEPA members were flown to Lima, where they are being held in “preventive detention.” According to media reports, Leandro had served nine years at the notorious Chorrillos Women’s Prison in the late ’80s and ’90s for links to the Shining Path. (RPP Noticias, La Republica)

But Boluarte insisted that she will not step down, a key demand of the protesters. “Some voices that have come from the violent and radical factions are asking for my resignation, provoking the population into chaos, disorder and destruction,” Boluarte said in a televised address Jan. 13. “I will not resign. My commitment is with Peru.”

She also dismissed a second demand of the protesters, that a constituent assembly be called to draft a new constitution. Refering to herself in the third person, she said that such a decision “is not in the hands of the executive, nor of Dina Boluarte.” (AFP, InfoBae)

The total death toll in the unrest since Castillo’s ouster now stands at 47, according to the Defensoría del Pueblo, including the police officer killed at Juliaca and seven civilians killed in traffic accidents related to the blockades. The remaining 39 were civilians killed by the security forces. (NYT)

On Jan. 14, Boluarte declared a 30-day state of emergency in the cities of Lima and Callao as well as throughout the regions of Cuzco and Puno and selected provinces of Apurímac, Madre de Dios and Moquegua. The decree suspends freedom of assmebly, and gives the army special powers to maintain social order. (InfoBae, DW) A nationwide state of emergencydeclared last month was about to expire.