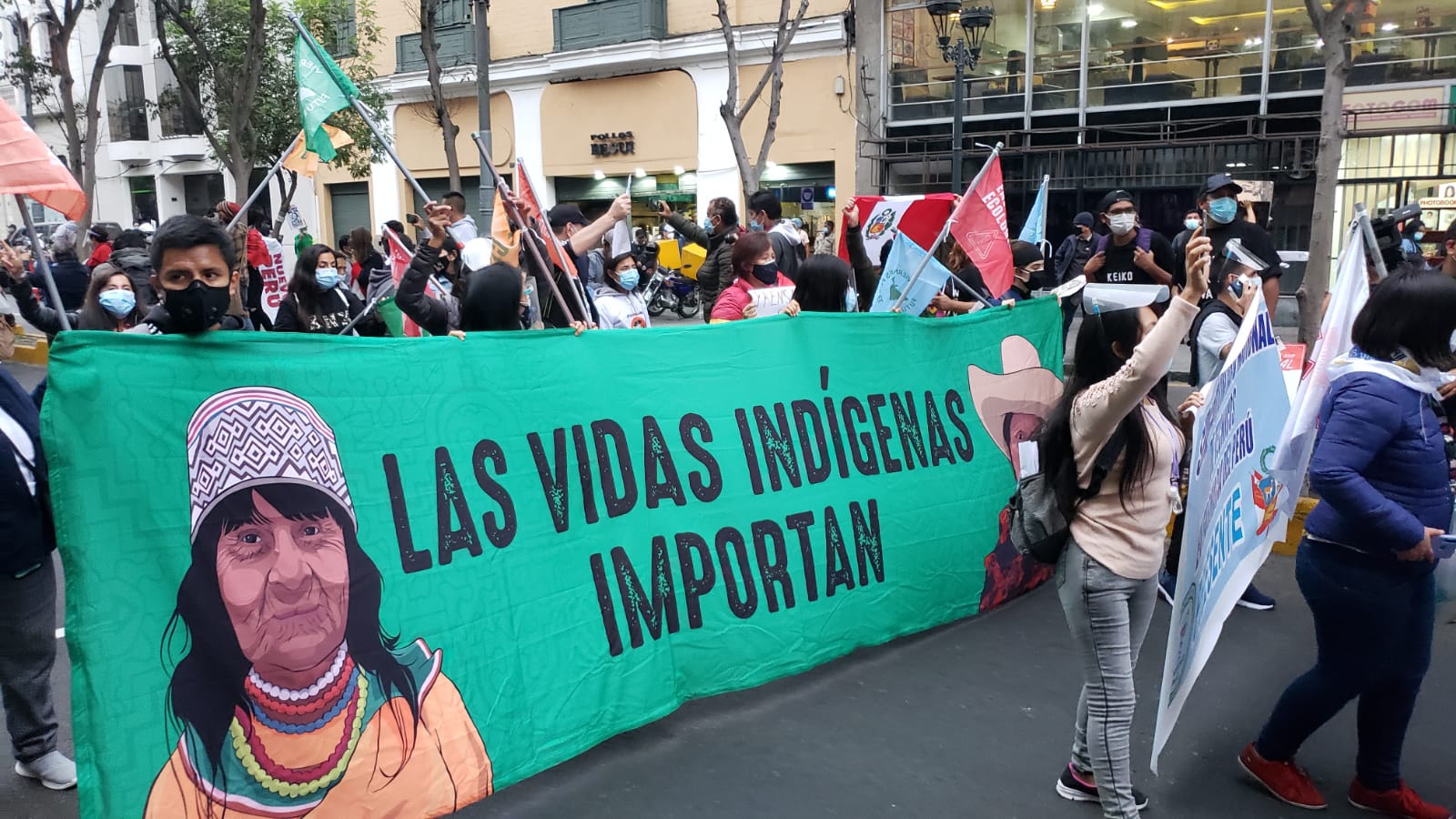 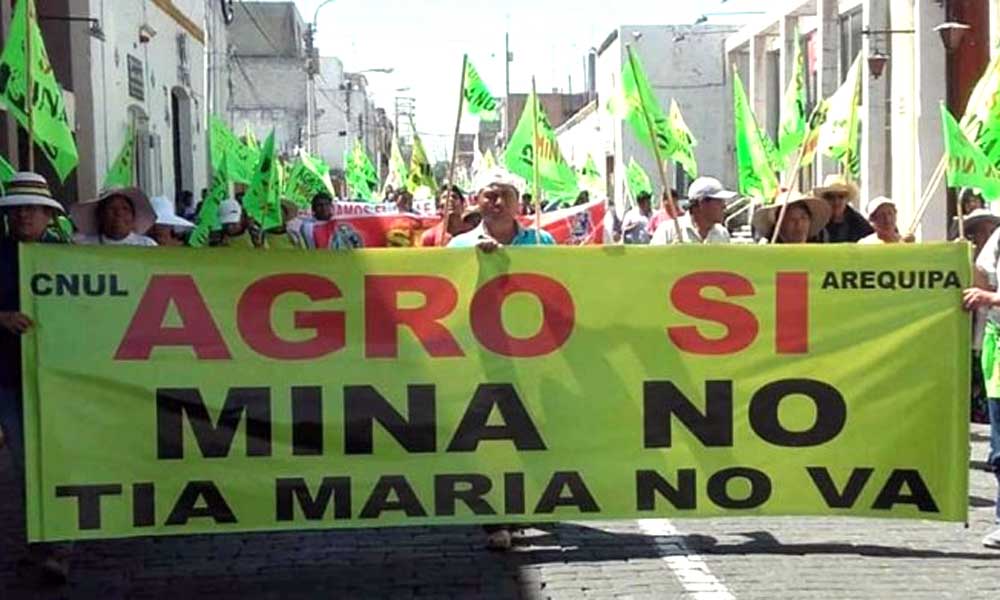 Peru’s Ministry of Energy & Mines (MINEM) officially suspended the license of the giant copper mine planned for Tia Maria, in the agricultural Tambo Valley of Arequipa region. The project had been the focus of years of protest mobilizations by local residents, and a new general strike had been declared after MINEM finally issued a construction permit to the project’s developer, Southern Copper Corporation, in July. In revoking the permit, MINEM implicitly invoked the protests, saying the “spaces for dialogue had not been generated” before the license was granted. (Photo: Diario Uno)

Potato farmers across Peru's sierras blocked roads with their tractors and trucks for weeks, demanding a subsidized distribution system for the staple crop in the face of plummeting prices. The National Commission of Potato Producers (Conapropa) struck a deal with the government, but wildcat protests continued in Huancavelica, Huánuco, Junín, Ayacucho and Arequipa regions. Finally, farmers advanced on Lima in a cross-country motorcade. This forced Conapropa leader Fernando Gutiérrez back to the table, meeting with Agriculture Minister José Arista to strike a better deal. Huancavelica regional governor Glodoaldo Álvarez denied government claims of over-production by farmers, and pointed to massive imports since the 2009 Free Trade Agreement with the US. Farmers at the roadblocks carried banners with slogans such as "¡Abajo el TLC!" (Down with the FTA!). (Photo:  La República)

Protests are breaking out across Peru following the Christmas eve "humanitarian pardon" of imprisoned ex-dictator Alberto Fujimori by President Pedro Pablo Kuczynski (PPK). The pardon came three days after PPK survived a congressional vote on removing him from office over his embroilment in the Odebrecht scandal. A right-wing bloc led by the dictator's son Kenji Fujimori abstained from the vote, allowing PPK to survive in office—and raising obvious accusations of a quid pro quo. (Photo: Tomate Colectivo)

Peruvian campesina Maxima Acuña de Chaupe and her family are suing Newmont Mining in US federal court, claiming the company used violence and threats to try to evict them from their home to make way for the controversial Conga open-pit gold project. The lawsuit charges Newmont with "instructing, authorizing, aiding and abetting, conspiring in and/or ratifying a violent harassment campaign" against Acuña's family.

Some 70,000 are displaced and at least 70 dead as Peru's heaviest rains in two decades—linked to an "abnormal" El Niño—unleashed flash-floods and landslides across the country.

Opponents of the disputed Tia Maria mega-mine held a dissident contingent at the parade marking the 475th anniversary of the founding of Arequipa, Peru.

Peru's government declared a two-month period of martial law in the southern region of Arequipa where residents are protesting the construction of a copper mine.

Southern Copper Corp announced a 60-day halt in its huge Tia Maria project in southern Peru following seven weeks of escalating protests in which three have been killed.

A 16-year-old protester was shot dead by National Police troops at Santa Teresa village in Cuzco region, during a protest against construction of a gas pipeline  through local lands.

Peru: prison for regional leader who opposed mine

Gregorio Santos, regional president of Cajamarca in northern Peru who opposed the US-backed Conga mine project, was ordered under "preventative" detention.