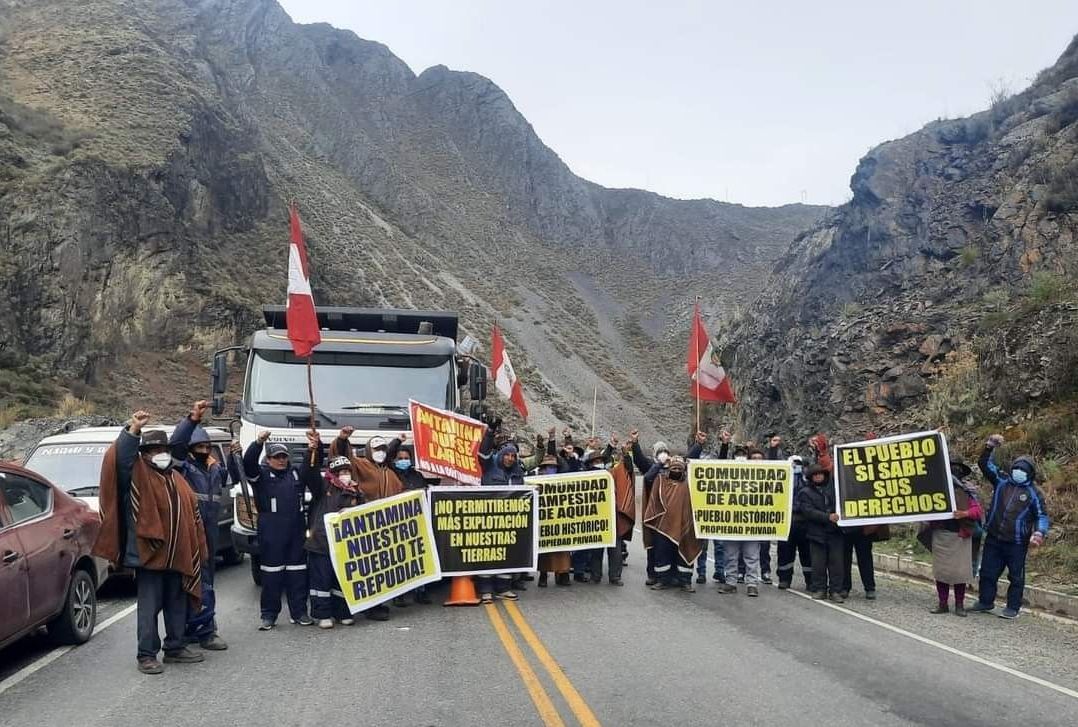 Peru’s massive Antamina copper mine had to halt operations Oct. 31 due to protest blockades on an access road by local campesinos. The company, owned by the Australian BHP Billiton and the Swiss Glencore, urged the government “to restore order” and open dialogue with the protesters, stating that as long as “these conditions are not met, we cannot continue to operate.” Residents of the local Aquia district (Bolognesi province, Áncash region) charge that Antamina “usurped” campesino lands for the project, which brings no benefit to the community. After a week of blocking the access roads, the campesinos on Nov. 2 agreed to lift the protest following intercession by the Ministry of Energy & Mines. However, they pledged to maintain the blockades until Antamina signs a formal agreement recognizing them as dialogue partners. (MercoPress, Mining.com, Caretas, Reuters)

Ayacucho region has simultaneously seen an explosion of angry anti-mining protest. At least 10 people were injured Oct. 30 when local campesinos set fire to the mining sites of Apumayo (Chaviña district) and Brea Pampa (Parinacochas district) in Lucanas province. Equipment and offices were destroyed in the blazes, which sent columns of smoke high into the sky.  (Gestión, Gestión, EFE, Prensa Latina)

Despite monies from the Antamina lease funding local municipalities, the mine has been the focus of considerable local anger over its ecological impacts.