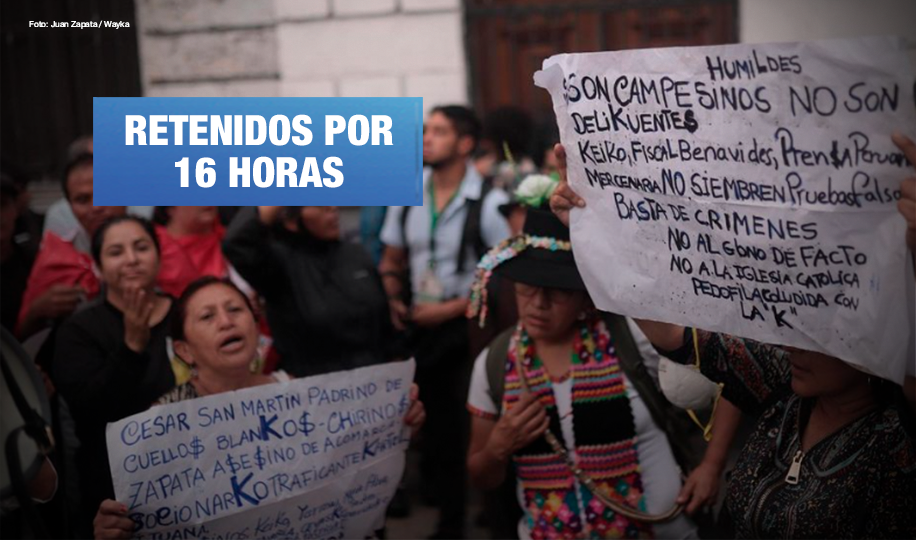 Amid ongoing protests over the removal from power of president Pedro Castillo, Peru’s Anti-Terrorist Directorate (DIRCOTE) on Dec. 17 raided the Lima offices of the country’s main union of peasants and rural workers. Dozens on the premises were held there and interrogated, without access to legal counsel, for 16 hours. Rural leaders from across the country were gathered at the national headquarters of the Campesino Confederation of Peru (CCP) at the time of the raid to discuss coordination of protest actions. (Wayka, Via Campesia, El Buho) In the days immediately before and after the raid, government offices were burned by protesters in Arequipa, in Huancavelica, and in Ayacucho. (Jurist)

Leftist lawmaker Verónika Mendoza responded to the CCP raid by charging that new president Dina Boluarte “is not leader of a government of transition, but a government of repression.” (M24, RPP)

One day before the raid, an initiative in Congress to hold new elections in December 2023, instead of April 2026 as currently scheduled, failed to become law despite a wide majority vote in its favor. With 25 abstentions, it failed to win the total number of votes necessary for a constitutional change. (TeleSur, BBC News, RPP)

On Dec. 26, National Police agents detained six generals from their own ranks in connection with alleged crimes under Castillo. (Jurist) On Dec. 27, Boluarte reshuffled her cabinet and announced a new prime minister—Luis Alberto Otárola, who became the new defense minister after Castillo’s ouster Dec. 7, and subsequently announced a national state of emergency. (Peru Reports)  On Dec. 29, Peru’s Supreme Court upheld a decision allowing Castillo to be held in “preventive detention” for 18 months as he is investigated on charges of corruption and rebellion. (Al Jazeera)

On Dec. 30, the former chief of DIRCOTE, Óscar Arriola, came forward with claims that Castillo’s personal attorney, Wilfredo Robles, had been detained with explosives in 1992, intended for use by the Shining Path—the latest in a series of efforts to smear Castillo as linked to the now-moribund Maoist insurgency. (El Comercio, El Popular)

It also emerges that Castillo’s defense minister, Gustavo Bobbio Rosas, met with US Ambassador Lisa Kenna the day before the Castillo’s ouster. (Andina) This has been exploited in irresponsible speculation that the US had a hand in Castillo’s removal—despite the fact that Bobbio Rosas was himself removed along with Castillo, and replaced by Otárola.

Lawmaker Sigrid Bazán of Juntos por el Perú-Cambio Democrático, the main leftist bloc in Congress, has intoduced a measure calling for a popular referendum on whether to hold a Constituent Assembly to draw up a new constitution—a key demand of the protest movement. (InfoBae)

The death toll in the protests now stands at 27. (Peru Reports)