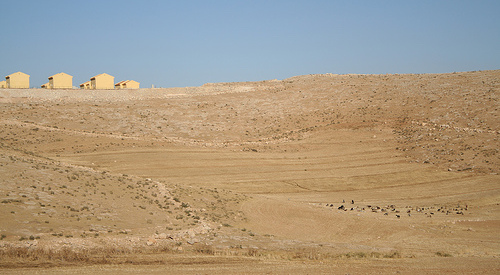 The UN General Assembly on Dec. 31 passed a resolution referring Israel’s 55-year occupation of Palestinian territories to the International Court of Justice (ICJ) for a legal advisory. The vote, which followed approval of a draft resolution by the Special Committee on Decolonization, was 87-26, with 53 abstentions. Israel, the US, the United Kingdom and Germany voted against, while France abstained. Russia and China joined most of the Muslim world in voting in favor. The Palestinian Authority welcomed the vote, saying in a statement: “The time has come for Israel to be a state subject to law, and to be held accountable for its ongoing crimes against our people.” (Al Jazeera, AP)

But the response of Prime Minister Benjamin Netanyahu, who returned to power just two days before the vote, makes clear his government’s annexationist agenda. He stated on Twitter: “Just like the hundreds of distorted UN General Assembly resolutions against Israel over the years, today’s disgraceful resolution will not obligate the Government of Israel. The Jewish people is not occupying its land and is not occupying its eternal capital Jerusalem. No UN resolution can distort this historical truth.”

Israel’s ambassador to the UN Gilad Erdan called the resolution “outrageous, and a moral stain on the UN,” adding that “no international body can decide that the Jewish people are occupiers in their own homeland.” Appearing to reject United Nations authority entirely, he continued that “any decision from a judicial body which receives its mandate from the morally bankrupt and politicized UN is completely illegitimate.” Israel’s Minister of Foreign Affairs Eli Cohen said in a tweet that the passing of the resolution “is an anti-Israeli decision that lends support to terrorist organizations & the antisemitic BDS movement.”  (Jurist)

The far-right coalition that now takes power has pledged to expand Israeli settlement of the West Bank. Netanyahu’s Likud party released a policy position paper just before the power transfer, promising to “advance and develop settlement in all parts of the land of Israel—in the Galilee, Negev, Golan Heights, and Judea and Samaria.” These last two are Biblical names for areas of the occupied West Bank. (Al Jazeera)