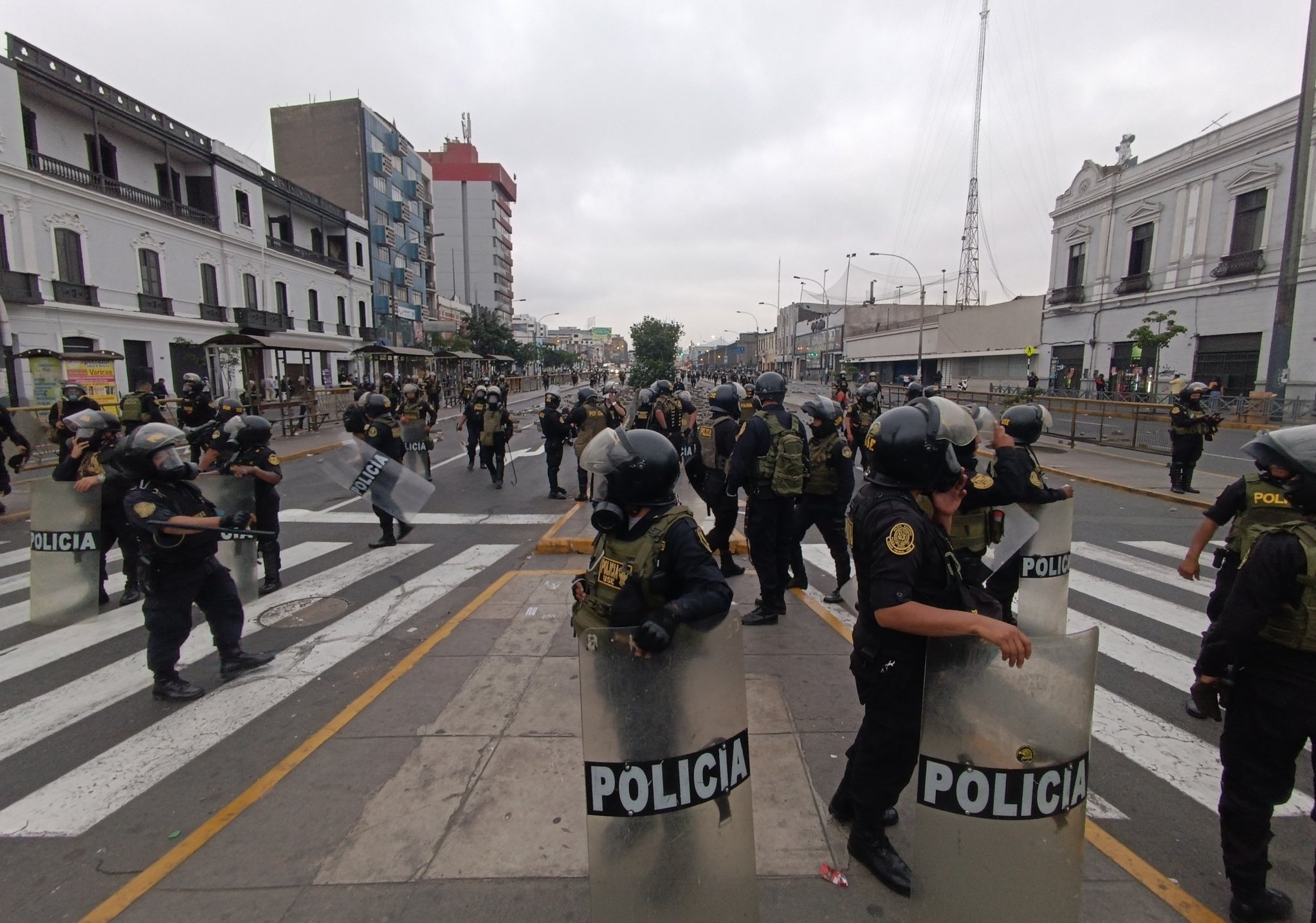 Facing a third round of impeachment (or “vacancy“) proceedings, Peru’s president Pedro Castillo on Dec. 7 ordered the dissolution of Congress and announced imposition of a “government of exception” in which he would rule by decree. But his government immediately collapsed as protesters, many armed with clubs, filled the streets of Lima. Most of his cabinet resigned, with foreign minister César Landa tweeting: “I strongly condemn this coup d’état and call on the international community to assist in the re-establishment of democracy in Peru.” The National Police and Armed Forces Joint Command together issued a statement saying they would not enforce any “acts contrary to constitutional order.”

Defying the dissolution order, Congress quickly approved a “vacancy” measure, calling for Castillo’s immediate ouster—by a vote of 101 in favor, six against, and 10 abstentions. The Public Ministry, the government’s prosecutorial body, confirmed that Castillo has been arrested, charged with “breaching constitutional order.” His vice president Dina Boluarte, who also condemned Castillo’s action as an attempted coup, has been sworn in as Peru’s new mandatary. National Police troops have flooded the streets of Lima, which remains under curfew. (Andina, Andina, Andina, El Comercio, Gestión, El Confidencial, Peruvian Times, Peru Reports, NYT, The Guardian)

The Latin American media are divided on whether Castillo’s attempted power-grab or his subsequent removal was the “coup.” An editorial in Mexico’s left-wing daily La Jornada, “Coup d’etat in Peru,” writes that the right-wing opposition in Peru’s Congress “bet on destabilization and coup-mongering against Castillo,” and expresses skepticism that they will now offer Boluarte a “truce.”

Citing this editorial, Cuba’s Prensa Latina further notes the irony that the congressional bloc most aggressively opposed to Castillo is that loyal to Keiko Fujimori, his opponent in last year’s presidential election and the unapologetic daughter of imprisoned ex-dictator Alberto Fujimori. The elder Fujimori similarly dissolved Congress in an auto-golpe (self-coup) in 1992, and ruled for the next eight years as Peru’s authoritarian strongman. But Fujimori represented the neoliberal right, while Castillo represents the populist left. Prensa Latina writes that Castillo’s removal should be seen in the same light as the recent coups d’etat against Fernando Lugo in Paraguay, Manuel Zelaya in Honduras and Evo Morales in Bolivia.