Fighting between Hausa and Berta tribespeople broke out in Sudan’s Blue Nile state, leaving dozens dead. While the clashes apparently began in a land dispute, tensions were elevated following calls to recognize a chiefdom for the Hausa people, who originate from Nigeria but have been settling lands in the region for generations. Authorities have imposed a curfew and mobilized the army and paramilitary Rapid Support Forces to the state, ostensibly to restore calm. But the Forces for Freedom & Changes (FFC) opposition coalition accused the military of instigating the conflict by encouraging Hausa demands to establish a chiefdom in territory traditionally inhabited by the Hamaj, a clan of the Berta people. Before a 2020 peace deal, many Hausa served in paramilitary forces to help the regime fight the SPLM-N rebels. “The FFC hold the coup authority fully responsible for the successive renewal of these events,” the opposition group said in a statement. (Map: Perry-Castañeda Library Map Collection)

The state prosecutor of Sudan, Tagelsir al-Heber, announced the launch of an investigation into the crimes committed in the Darfur region under former President Omar al-Bashir. Al-Bashir has already been arrested by the Sudanese government for corruption and is wanted by the International Criminal Court for war crimes and grave rights violations committed in the Darfur region of Sudan as early as 2002. (Photo: Dabanga)

For the past several weeks, residents of Sudan’s conflicted Nuba Mountains have waged a protest campaign demanding the closure of unregulated gold mines in the region. Villagers from the communities of Talodi and Kalog, South Kordofan, have been holding a sit-in outside one of the facilities, where they charge cyanide is contaminating local water sources. The mining operation is said to be protected by fighters from the Rapid Support Forces paramilitary headed by warlord Mohammed Hamdan Dagolo AKA “Hemeti,” who is owner of the facility. Twelve people were killed by security forces at another gold mine near Talodi in April. The sit-in has won the support of the Sudanese Professionals Association, the main force behind nationwide protests that toppled strongman Omar Bashir earlier this year. Sit-ins have also spread to other areas affected by gold mining, including Sudan’s Northern State. (Photo: Radio Dabanga)

The US Court of Appeals for the Second Circuit reversed a district court’s dismissal of a class action lawsuit against French bank BNP Paribas over aiding atrocities in Sudan. The lawsuit was brought by 21 refugees from Sudan’s ethnic-cleansing campaigns Darfur and South Kordofan regions, alleging that the bank conspired with, and aided and abetted, the Sudanese regime. The plaintiffs’ complaint alleges that BNP processed thousands of illegal transactions through its New York offices, which financed weapons purchases and funded militias in a “well-documented genocidal campaign.” (Photo: Radio Dabanga) 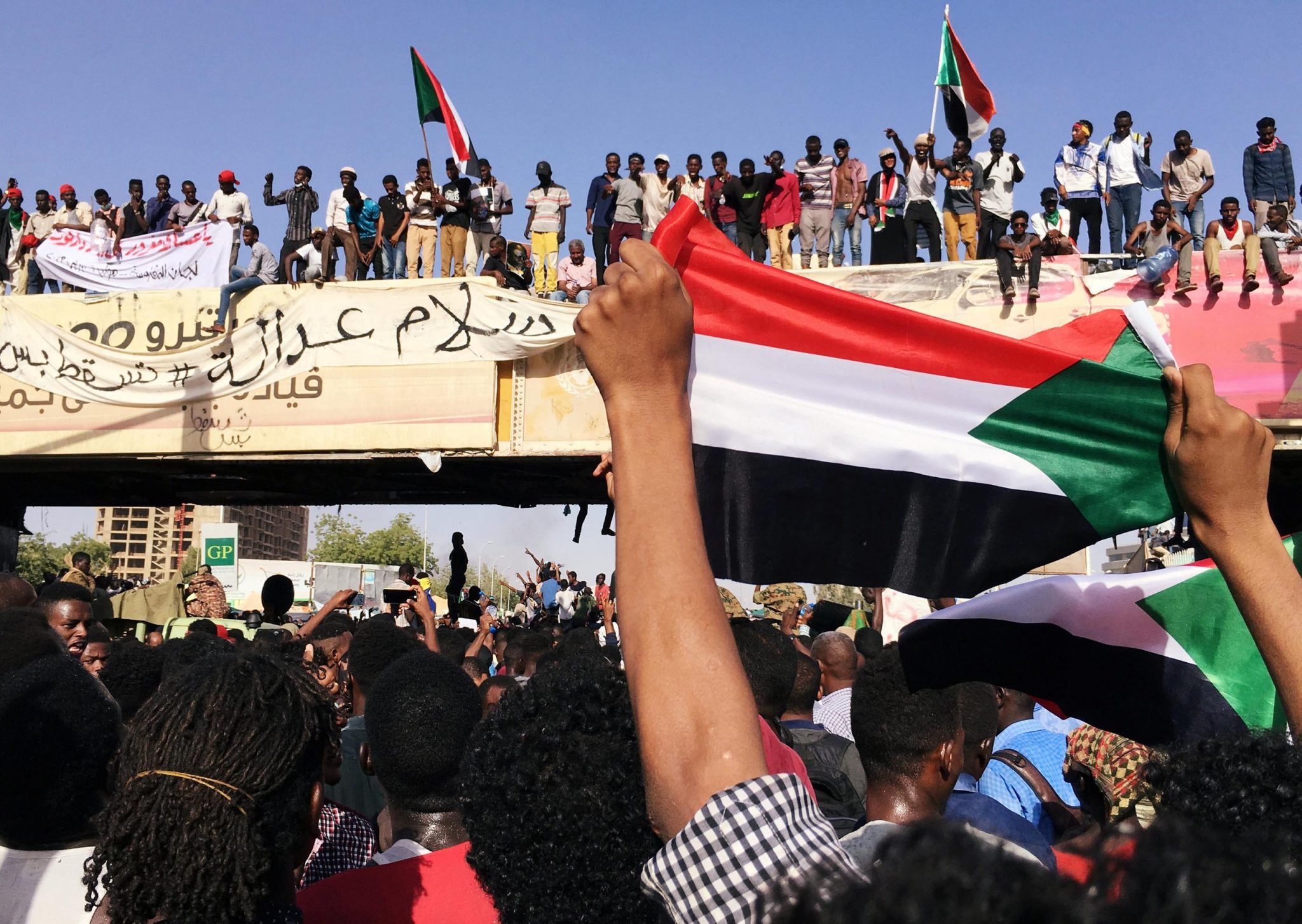 Sudan public prosecutors announced that they have charged ousted president Omar al-Bashir with incitement and involvement in the killing of protesters during the uprising that drove him from power last month. Protest organizers say security forces killed around 100 demonstrators during the four months of rallies leading to al-Bashir’s overthrow. The Transitional Military Council and opposition forces have reached a formal agreement, but street clashes continue in Khartoum. (Photo: Sudan Monitor)

Street clashes continued in the Sudanese capital Khartoum for a second day after massive protests broke out over the regime's move to cut fuel subsidies.

Assad to The Hague? Don’t bet on it…

Syria does not recognize the International Criminal Court, so an ICC case against Bashar Assad can only be launched by the Security Council—where Russia holds a veto.

Security forces mixed it up with protesters both in Sudan, hit by a wave of student unrest, and in South Sudan’s West Bahr el-Ghazal state, where 10 were killed by army troops.