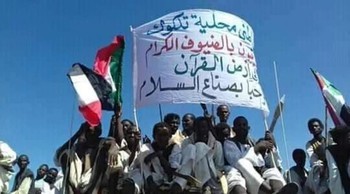 Sudan is at the brink of a nationwide fuel shortage as Beja ethnic protesters in the country’s east have for weeks blocked roads and oil arteries—including the critical pipeline that pumps crude from South Sudan to the Port Sudan terminal on the Red Sea, and a second that brings imported petroleum products from the terminal into the country. The High Council of Beja Nazirs & Independent Chieftains is demanding cancellation of the 2020 Juba Peace Agreement, asserting that the Beja people were excluded from the negotiations. Shortages of fuel and basic goods have sparked large counter-protests against the blockades. (ArgusMedia, DefenceWeb, Dabanga)