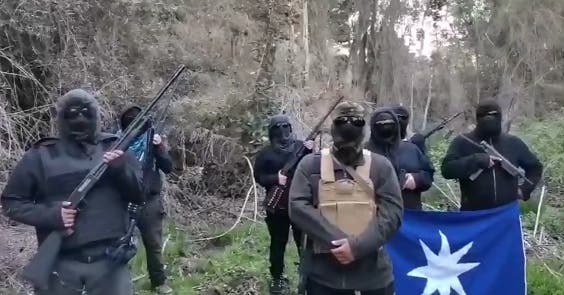 A group of masked armed men calling themselves Mapuche Territory Resistance seized control of Malleco National Reserve in Chile’s La Araucanía region Oct. 9, occupying the administrative offices and releasing a video of the action in which they declare their readiness to resist “any violent act on the part of the State.” The statement accused the Chilean Forestry Corporation (CONAF), which runs the reserve, of “usurpation” of traditional Mapuche lands and opening them to timber exploitation. President Sebastian Piñera responded by lodging a criminal complaint against the occupiers and demanding their eviction.

On Oct. 10 a woman was killed at a protest in support of the Mapuche in Santiago, apparently hit in the head by a police tear-gas cannister. (MercoPress, EFE, T13, Santiago)

Héctor Llaitul Carillanca, leader of the Arauco Malleco Coordinating Committee (CAM), a militant organization pressing for restitution of traditional Mapuche lands, accused the government of “attacking the communities” that are in struggle “against big capital.” (EFE)