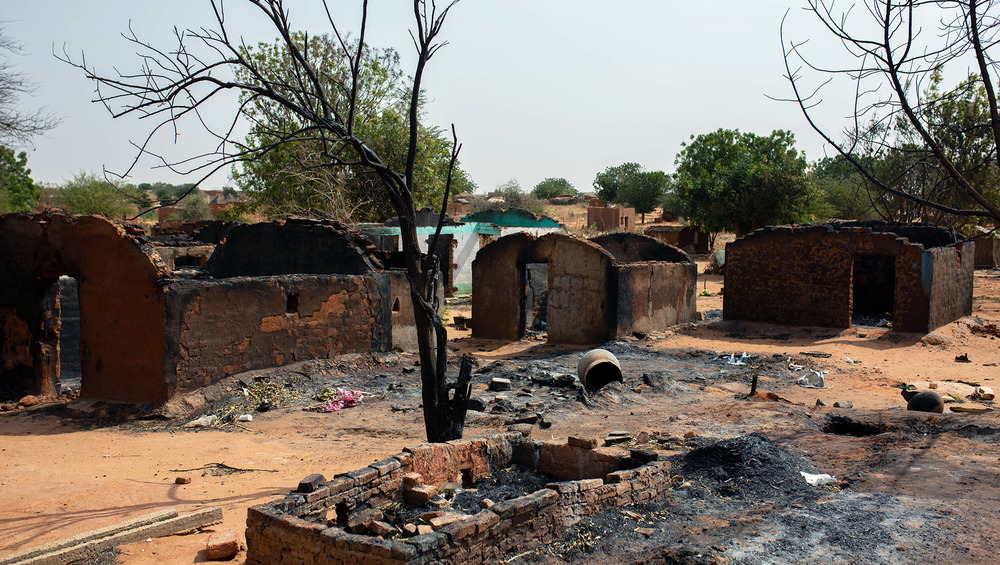 Hundreds of armed militants launched repeated attacks last week on Abu Zar displaced persons camp outside El Geneina, capital of Sudan’s West Darfur state. The waves of attacks by presumed Arab militias on mostly Masalit camp residents claimed at least 100 lives and uprooted thousands, some acorss the border into neighboring Chad. Aid groups have suspended their operations, while a state of emergency has been declared across West Darfur. A similar series of attacks on camps around El Geneina in January left over 150 dead. Many accuse militias of stepping up attacks following the December withdrawal of a UN-African Union peacekeeping mission after 13 years on the ground in Darfur region.

The Sudanese Revolutionary Front (SRF) rebel movement welcomed the decision to declare a state of emergency in West Darfur, and is calling for a political solution to the crisis. The SRF also called for acceleration of the formation of joint forces to protect the people of Darfur, as stipulated in the October 2020 Juba Peace Agreement. These joint forces are to be members of both the Sudan Armed Forces as well as the armed rebel movements that signed the agreement. (The New Humanitarian, TNH, Radio Dabanga, Al Jazeera)