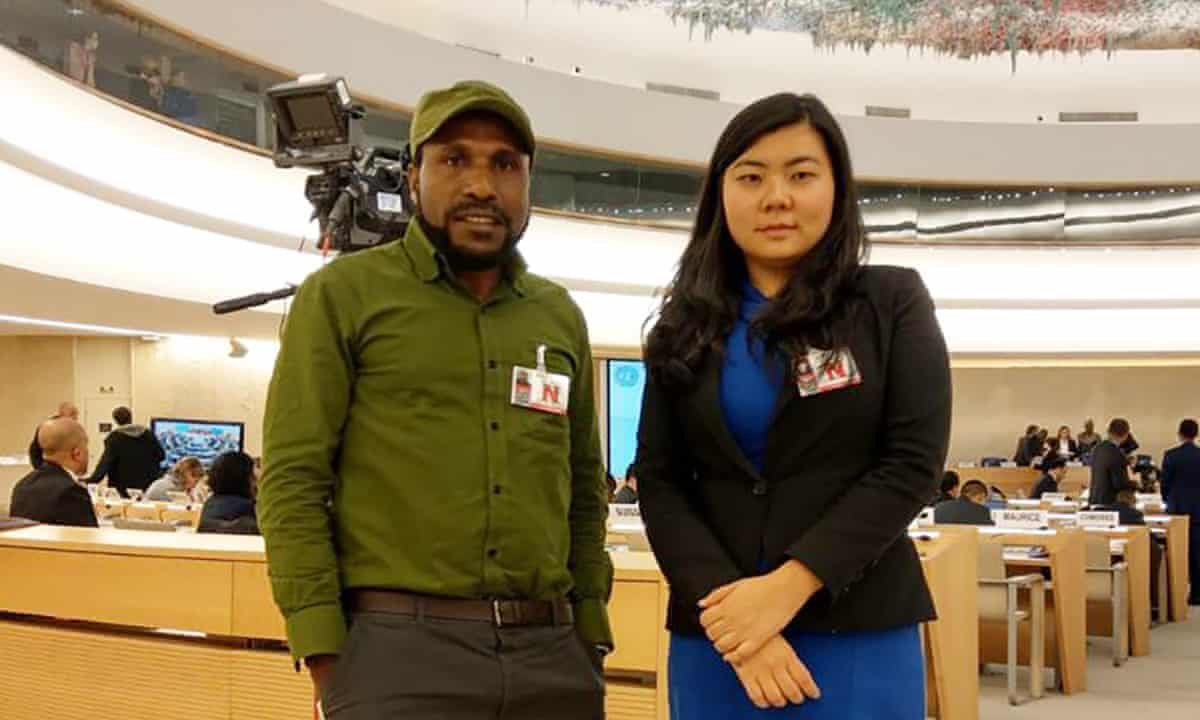 Indonesian police have named human rights lawyer and prominent West Papua advocate Veronica Koman as a suspect in the spreading of “fake news,” accusing her of “incitement” in the widespread unrest that has swept the country’s easternmost region in recent weeks. Koman has been charged under Indonesia’s controversial cybercrime law, and faces up to six years in prison and a $70,000 fine if convicted. Police specifically mentioned Koman’s online posts of an incident last month in Surabaya, Java, in which army troops and nationalist militiamen were captured on video calling Papuan students “monkeys” and “dogs.” Indonesian authorities have contacted Interpol to seek assistance in locating the Surabaya, who they believe is outside the country. Indonesia’s National Commission of Human Rightshas assailed the move, saying Koman had merely attempted to provide “necessary information from a different point of view.” (The Guardian, Asia Pacific Report)

Photo via The Guardian