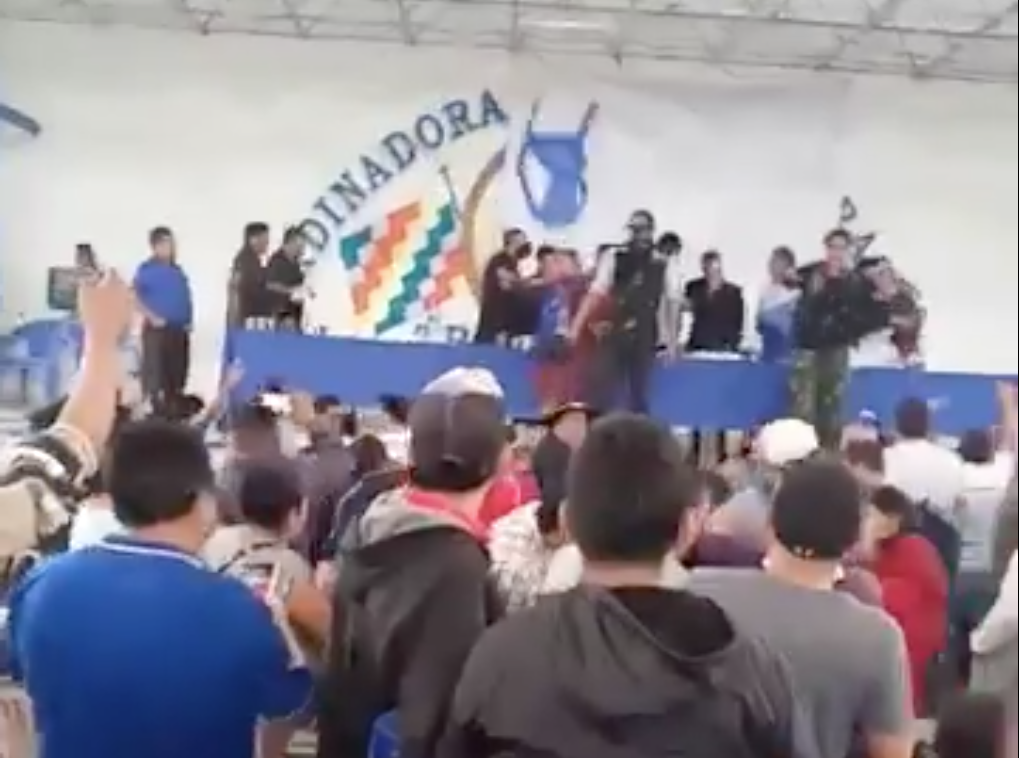 Former Bolivian president Evo Morales, back in his country from exile in Argentina after October’s elections returned his Movement to Socialism (MAS) to power, warned Dec. 27 of the ongoing danger of a new coup d’etat and asked his followers to debate how to best defend new President Luis Arce and the “process of change.” The comments came at a meeting in Chapare region of the MAS and affiliated Six Federations of the Tropic of Cochabamba, the campesino alliance that Morales once led. Recalling his own ouster in November 2019, Morales said: “The issue of the coup is still compelling; it is an ideological, programmatic struggle; it is a cultural, social, communal and, of course, an electoral struggle.” Invoking divided loyalties in the military, he added: “I am also convinced that in the Armed Forces there are not only those who respect and admire the MAS, but there are also anti-imperialist soldiers.” However, he added that “they are not many,” and others have “submitted to the North American empire.” (Prensa Latina, Prensa Latina)

However, the meeting—at an outdoor stadium in the pueblo of Lauca Ñ—also manifested divisions within Morales’ own party. As the summit continued the following day, a member of the audience hurled a plastic chair at Morales while he was speaking, along with cries from the assailant and his comrades for “renovation” within the MAS. Morales dismissed the assailants as “infiltrators.” (BBC Mundo, El Mundo, Spain, La Trecera, Chile)

Quispe, who was removed from his post as vice-minister for decolonization with the change of government, has been confirmed as candidate for governor of La Paz department with the new Somos Pueblo (We are the People) alliance in upcoming regional elections. (Página Siete, La Paz)

Backlash to the government’s handling of COVID-19 may also provide a challenge for Arce, Morales and the MAS. New Year’s Day saw a street protest in the city of Tarija, where demonstrators defied mask orders and carried signs decrying Bill Gates and the “Plandemia” (a reference to the “Plandemic” conspiracy theory). Slogans included “Don’t be sheep,” “We are not laboratory rats,” and “We don’t want masks, we don’t want vaccines.”

The former conservative president Jeanine Añez, bitter opponent of the MAS, meanwhile blasted the new government for buying 5.2 million doses of the new Sputnik V vaccine from Russia, pointing out that Bolivia is entitled to free vaccines through the UN’s COVAX program. (BoliviaPrensa, Opinión, La Paz)