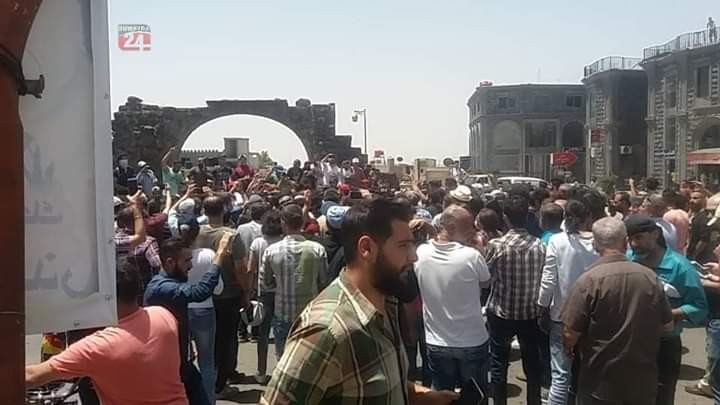 Amid spiraling inflation and fast-rising prices for food and other basic goods, protests are again emerging in regime-controlled areas of Syria—some reviving slogans of the 2011 revolution. On June 7, an angry protest was held in the southwestern city of Suweida. Crowds moved through the city’s central streets, eventually gathering in front of the governorate building, where they chanted, “The people want to topple the regime!” “Revolution, freedom, social justice!” and “Down with Bashar al-Assad!” Discontent has been simmering in the city since local youth launched a campaign dubbed “We Want to Live” at the beginning of the year. The protest was particularly significant, as the Druze-majority province of Suweida has remained loyal to Damascus throughout the nine years of the Syrian uprising.

Rumblings of discontent are also reported from the western province of Latakia, another traditional stronghold of support for Assad, where anti-regime slogans are now appearing on walls. And on the same day as the protest in Suweida, an elderly man in Damascus’ central market, the Souq al-Hal, incensed at high prices, attracted attention from onlookers by shouting “God curse Bashar al-Assad, he destroyed us and the country!” (Syrian Observer, Syrian Observer, Syrian Observer, Syria Call, Al Jazeera, AFP)