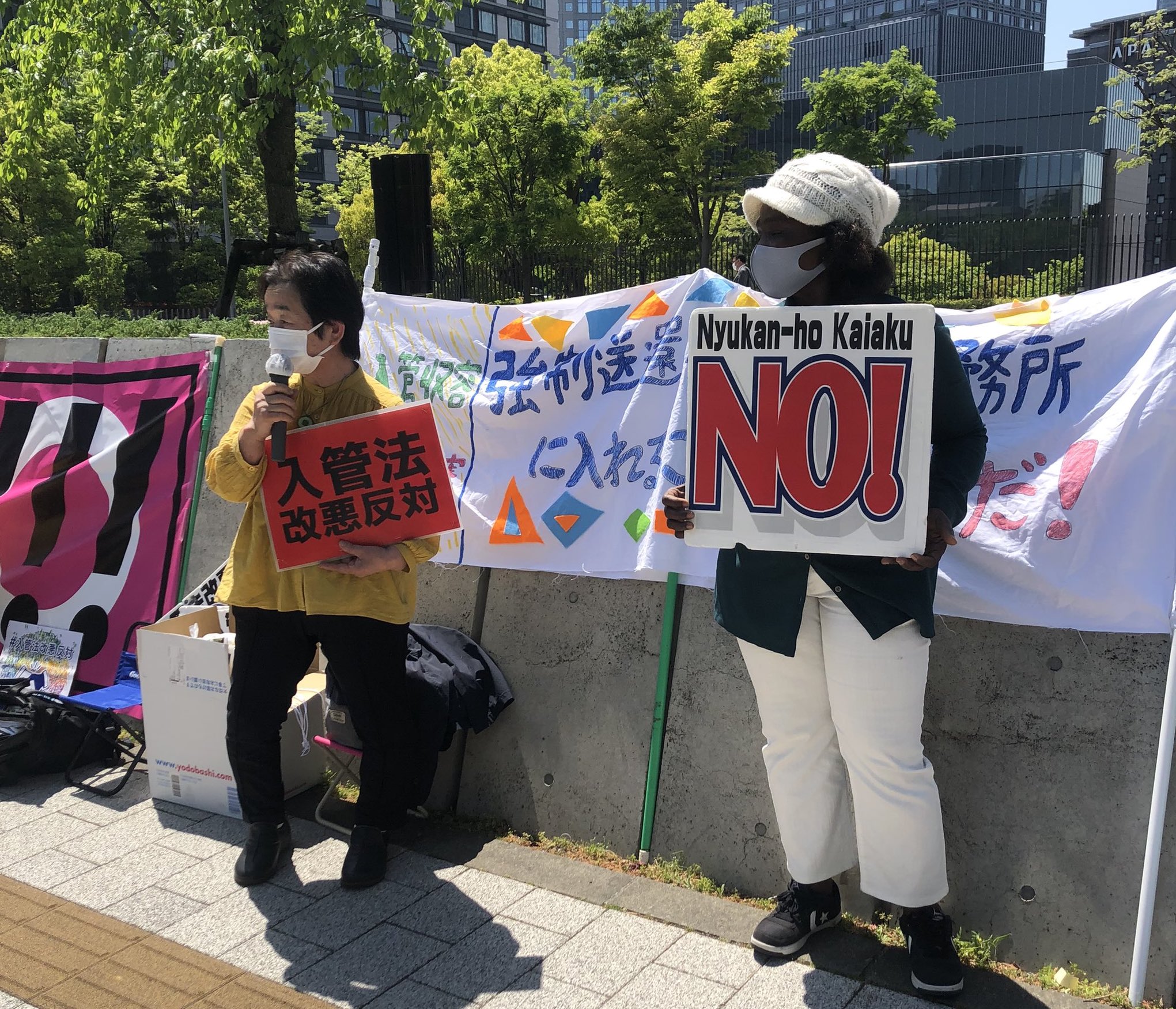 A rally in Tokyo highlighted opposition to a proposed immigration law currently under consideration in Japan’s National Diet, seen as a yet further tightening of the country’s already highly selective refugee system. The rally, under the slogan “Open the Gate for All,” was organized by opposition lawmakers and human rights organizations including Amnesty International Japan and the Solidarity Network with Migrants Japan, all seeking to halt the legislation currently under consideration in the Diet. The proposed reform would permit asylum-seekers to be deported after a third failed application, and introduce new procedures for forcible deportation of individuals who entered Japan illegally or overstayed their visas. As the bill includes no cap on the length of detention or judicial review of cases, it has been criticized by human rights experts at the United Nations. (Photo via Twitter) 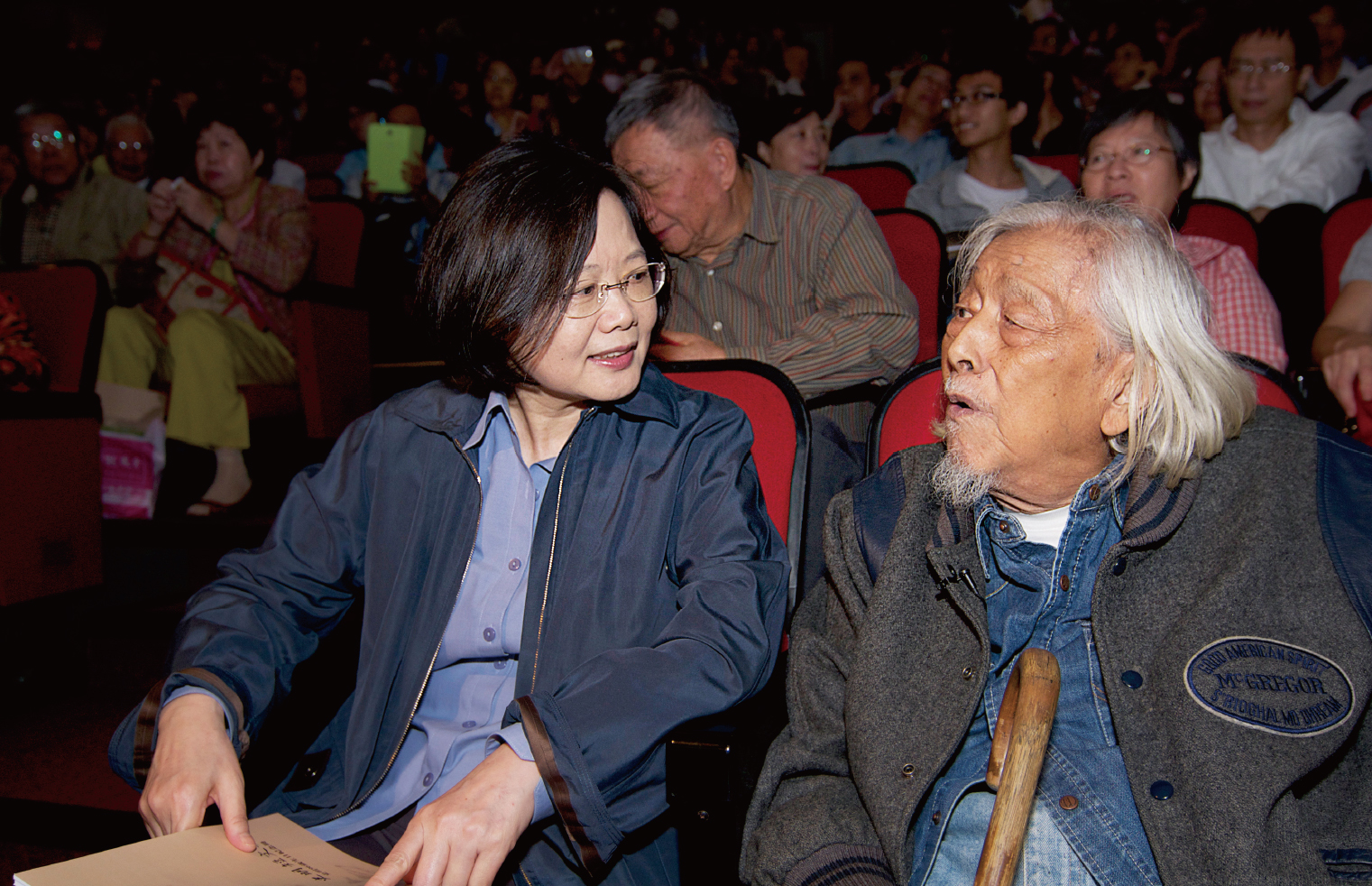 Lifelong Taiwanese independence activist Su Beng died in Taipei, just a few weeks away from his 101st birthday. A resistance fighter against the Japanese during World War II, he subsequently became an underground militant who plotted against the dictatorship of Chiang Kai-shek. After being forced into exile in Tokyo, he wrote his history of Taiwan, an openly partisan work with an anti-imperialist perspective, and became a vocal advocate for democracy in his island home, and its formal independence from China. He returned to Taiwan with the democratic transition of the 1990s, where he continued to agitate for independence, eventually becoming a respected advisor to current President Tsai Ing-wen. (Photo of Su Beng with Tsai Ing-wen via SupChina)

Japan's Prime Minister Shinzo Abe said the relocation of the US airbase at Futenma to Henoko, elsewhere on the island of Okinawa, would continue despite a referendum vote opposing the move. Okinawa prefecture held a referendum vote on whether the US military base should relocate from Ginowan municipality to Henoko. After the final count, approximately 70% of voters opposed the move. The relocation has been 20 years in preparation, and has continued to face opposition over claims of noise from military activity, harm to the surrounding coral reefs, and outrage over a 1995 incident of rape of a 12-year-old Okinawan girl by US servicemen. Okinawa Gov. Denny Tamaki plans to make a visit to Tokyo to reaffirm the island's position. (Photo via Alwaght)

Isamu (Art) Shibayama, a rights advocate for Latin Americans of Japanese descent who were detained in prison camps in the United States during World War II, died July 31 at his home in San Jose, Calif. Born in Lima, Peru, in 1930, Shibayama was 13 when his family was detained and forcibly shipped to the United States. They were among some 2,000 Japanese-Peruvians who were rounded up and turned over to the US military for detention after the Pearl Harbor attack. Upon their arrival in New Orleans, the family was transported to the “internment camp” for Japanese-Americans at Crystal City, Texas. The family would remain in detention until 1946. Shibayama eventually won US citizenship, but was denied restitution for his wartime detention on the basis that he had not at the time been a US citizen or legal resident. He was still seeking justice from the Inter-American Commission on Human Rights at the time of his death. (Photo via the New York Times)

Japan has activated its first amphibious marine unit since World War II, which conducted practice drills to defend the disputed Senkaku Islands from an anticipated Chinese military seizure. Meanwhile, the USS Theodore Roosevelt aircraft carrier, with a group of Philippine generals onboard, entered disputed waters in the South China Sea, where China is building military defenses on islands claimed by the Philippines and Vietnam. Another carrier, the USS Carl Vinson, patrolled the contested waters last month, taking part in anti-submarine drills with Japanese forces and visiting Vietnam with its 5,000-strong crew—the largest such US military presence there since the Vietnam War ended in 1975. (Map via IDSA)