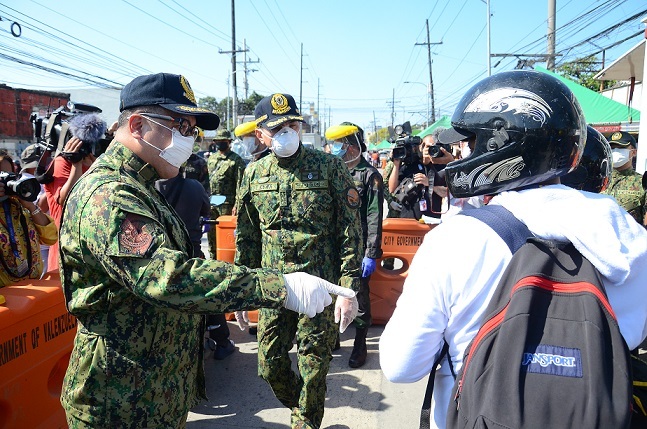 Mounting police-state measures in response to the COVID-19 pandemic are now resulting in stand-offs between executive and judicial authorities. In El Salvador, President Nayib Bukele, for the third time in 10 days on April 16 publicly dismissed Supreme Court rulings to respect fundamental rights while enforcing quarantine regulations. First, on March 26, the court ordered the government to release individuals who had been detained while grocery shopping. Then on April 8, the court explicitly provided that the government lacked proper statutory backing to detain citizens. After both rulings, Bukele took to Twitter, urging security forces to be strict with the lockdown and reiterating that violators will be placed in a containment facility. The third order states that the Bukele administration must respect the COVID-19-related rulings. Again, Bukele responded on Twitter, declaring that “five people will not decide the death of hundreds of thousands of Salvadorans.” Security forces have already arbitrarily detained hundreds of people in the containment centers, where rights observers charge they face an increased risk of spreading COVID-19. (HRW, CISPES, Jurist)

Israel’s High Court of Justice on April 27 ruled that the government may not continue using tracking capabilities developed by the internal security service Shin Bet in efforts to contain COVID-19. Methods long used by Shin Bet to monitor Palestinian militants are now being used to track the movements and social contacts of those who have tested positive for the virus. The high court ordered that the practice must halt unless the government “starts the process of legislation” to set its terms within four days. (Haaretz) The ruling came a week after some 2,000 people defied lockdown orders by gathering in Tel Aviv’s Rabin Square to protest anti-democratic measures imposed by Prime Minister Benjamin Netanyahu in response to the crisis. The mixed Jewish and Arab protesters, including lawmakers from the center-left Knesset bloc, were careful to maintain “social distance.” (Haartez)

Philippines on brink of ‘martial law’
In the Philippines, President Rodrigo Duterte, already threatening to shoot lockdown violators, has escalated to warning of an imminent declaration of martial law. Last week, an Air Force internal memo ordering personnel to prepare for an expanded military role in enforcing lockdown orders was leaked online. The one-page document, dated April 17, instructs unit commanders to “prepare for strict implementation [of an] extensive enhanced community quarantine.” Duterte responded to the leak by openly stating: “I’m asking them [the military] now to be ready. It will be like martial law.” Philippine security forces have arrested thousands of lockdown violators. (SCMP, Straits Times)

Duterte on April 24 went further, explicitly threatening to declare martial law. In comments directed at guerillas of the New People’s Army (NPA), who he accused of stealing relief aid, Duterte said: “Now I am warning everybody and putting notice to the armed forces and the police, I might declare martial law and there will be no turning back.” Telling the NPA he will “kill them all,” Duterte also threatened to hunt down members of legal left-wing groups that allegedly support the rebels. “All you legal fronts better hide,” he warned. “You’d better hide.” (Inquirer, CNN Philippines)

Deadly repression of lockdown violators
At least six people were killed by security forces during the first 10 days of Kenya’s dusk-to-dawn curfew, imposed March 27, according to Human Rights Watch. “The police, without apparent justification, shot and beat people at markets or returning home from work, even before the daily start of the curfew. Police have also broken into homes and shops, extorted money from residents or looted food in locations across the country.” On March 30, following criticism from civil groups over abuses in Mombasa, President Uhuru Kenyatta apologized generally about police use of force, but did not instruct the police to end the abuses.  (HRW)

At least one person was killed April 23 when security forces fired on looters at a supermarket in Venezuela, where lockdown orders and a deep economic crisis have left millions in desperate need of food. After the shooting in the eastern town of Upata, the words “KILLED BY HUNGER” were scribbled in chalk on the asphalt by his body, images circulating on social media show. (NYT, NYT, El Carabobeño)

Restrictions on freedom of information
In Bolivia, interim president Jeanine Añez signed a decree March 25 extending the nationwide lockdown and imposing new restrictions on freedom of information. The text states that “individuals who incite non-compliance with this decree or misinform or cause uncertainty to the population will be subject to criminal charges for crimes against public health.” The decree states that violators of that article could face one to 10 years in prison. (CPJ)

In Jordan, the military on April 10 arrested two journalists following a public prosecutor’s order to detain them for 14 days over a news report highlighting workers’ complaints about the economic impact of the lockdown. Fares Sayegh and Mohammad Alkhalidi are respectively general manager and news director of Roya TV. (CPJ)

‘Under the skin’ surveillance
In Canada, Alberta’s government has quietly expanded its own powers under the Public Health Act. Bill 10, which was rushed through the legislature in less than 48 hours and became law April 2, gives cabinet ministers new powers to instate de facto laws and create new penalties without the approval of the legislative assembly. It allows authorities to conscript people to help deal with an emergency, and to enter into any building or property without a warrant. (National Post)

More jurisdictions in the United States are putting sweeping surveillance measures in place. In New Jersey, cities are deploying drones to monitor public places. In Elizabeth, the drones broadcast automated voice messages reminding people to keep their distance. Drones now under development will be equipped not only with cameras, but high-tech sensors that can help determine if people are ill, or not observing social distancing rules. (ABC-NY)

Authorities in the United Kingdom are preparing to use trained dogs to sniffing out subtle odors produced by the virus within the human body. The London School of Hygiene & Tropical Medicine is crowdfunding a project to train canines to detect the infected. The dogs could be deployed across the UK by summer. (Bloomberg)

Writing in the Financial Times, Yuval Noah Harari warns: “You might argue that there is nothing new about all this. In recent years both governments and corporations have been using ever more sophisticated technologies to track, monitor and manipulate people. Yet if we are not careful, the epidemic might nevertheless mark an important watershed in the history of surveillance. Not only because it might normalise the deployment of mass surveillance tools in countries that have so far rejected them, but even more so because it signifies a dramatic transition from ‘over the skin’ to ‘under the skin’ surveillance.”

Amnesty International is expressing urgent concerns over the sweeping emergency measures being imposed in response to the pandemic worldwide. Daniel Balson, Amnesty director for Europe and Central Asia, called the emergency responses “fertilizer” for human rights violations in a recent interview with Radio Free Europe. “[M]any governments have viewed the pandemic as a carte blanche to roll out even more draconian methods and overtly telegraph their abuses,” he said. (Jurist)