In Episode Six of the CounterVortex podcast, Bill Weinberg reads and discusses selections from CS Lewis‘ classic work The Abolition of Man, and explores its relevance in light of the contemporary dilemmas posed by biotech and artificial intelligence. Conservative Christian moralist Lewis paradoxically developed a quasi-anarchist critique of technological society, with ideas closely mirroring those of his contemporary George Orwell—despite the fact that the two were on opposite sides of the political divide. But Lewis went beyond even Orwell’s dark vision in foreseeing an actual end to humanity itself, as it has been understood for millennia, and its replacement by a conditioned post-humanity stripped of all dignity and reason. Recent technological “advances” have made this possible more literally and completely than Lewis could have imagined. Listen on SoundCloud. (Image: Earth First! Newswire)

Thousands of Uighurs, members of the indigenous Muslim and Turkic people of China's far-western Xinjiang region, have been detained in "political education camps," while authorities are placing sophisticated facial-recognition technology even in remote villages to enforce restrictions on residents' movements. DNA samples, fingerprints, iris scans, and blood types are being collected from all residents as a part of the surveillance program. The measures come amid a wave of arrests of Uighur community leaders on charges of "religious extremism." (Photo: Mvslim.com)

An Aleppo-based seed research center, forced by the war to flee to Beirut, has made an emergency request for seed stock from a "doomsday" vault on a remote Arctic island.

South America remains a huge market for Monsanto's GM seeds, but grassroots resistance may be starting to affect the company's bottom line.

Peru's government made much of its rainforest protection efforts at the Lima climate summit—but a new report names it as the fourth most dangerous country for ecology activists.

In the latest defeat for GMOs in Latin America, Guatemala's congress rolled back a CAFTA-mandated law to protect hybrid and GM seeds as "intellectual property."

A Yucatán judge has ruled that the Mexican government can't grant a license for GM soy in indigenous communities without first consulting the communities.

The US is threatening to cut aid if the Salvadoran government insists on buying seeds from small producers instead of big companies linked to US agribusiness.

Activists across Latin America participated in international protests against Monsanto and Chevron—but some "pink tide" governments continue to cozy up to Chevron. 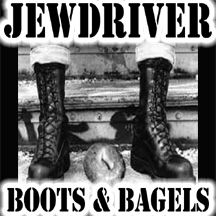 China is denying claims aired by the UN Committee on the Elimination of Racial Discrimination that up to a million Muslim Uighurs have been detained in "re-education camps" in Xinjiang region. But Beijing appears to be imposing harsh surveillance and restrictions on freedom of worship on Muslims throughout China, even requiring those making the pilgrimage to Mecca to be fitted with GPS tracking devices. Yet such methods almost always prove counter-productive, leading to resentment that only fuels the unrest that Chinese authorities are responding to. This week saw mass protests in Weizhou, Ningxia province, after authorities attempted to demolish a newly built mosque which they said had not received construction permits. After days of protest, authorities backed down and agreed to postpone the demolition. (Photo of protest at Weizhou Grand Mosque from Weibo via BBC News)