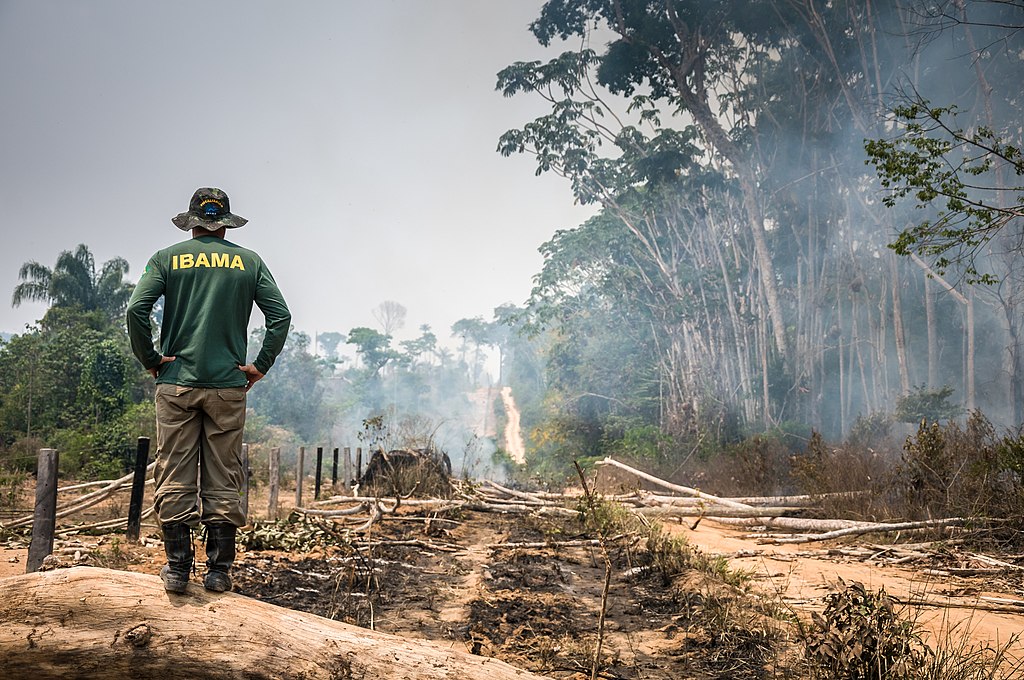 Deforestation in Brazil’s portion of the Amazon rainforest rose more than 88% in June compared with the same month a year ago—the second consecutive month of rising forest loss under far-right President Jair Bolsonaro. According to data from the Brazilian Space Agency, deforestation totaled 920 square kilometers (355 square miles). (The Guardian, July 3) An analysis of satellite data by BBC News finds that “An area of Amazon rainforest roughly the size of a football pitch [soccer field] is now being cleared every single minute.” A sobering study published June 24 in the journal Nature: Climate Change warns of a feedback loop in which climate change fueled in large part by rainforest destruction may itself become a cause of rainforest destruction and biodiversity loss: “Deforestation is currently the major threat to Amazonian tree species but climate change may surpass it in just a few decades.” (Courthouse News Service)

This accelerated destruction is directly rooted in Bolsonaro administration policies, that have undermined the work of IBAMA, Brazil’s environmental agency, and its associated Chico Mendes Institute for Biodiversity Conservation (ICMBio). Enforcement of environmental laws has been effectively dismantled under Bolsonaro, allowing deforestation to proceed unchecked. Fines imposed for illegal forest clearing between Jan. 1 and May 15 of this year were down 34% from the same period in 2018, the largest percentage drop ever recorded. This period also saw the smallest number of fines ever imposed—850, compared to 1,290 in the same period last year.

Government seizures of illegally harvested timber fell even more precipitously, with just 40 cubic meters (1,410 cubic feet, equal to 10 large trees), confiscated in the first four months of 2019. By contrast, 25,000 cubic meters (883,000 cubic feet) of illegal timber were seized in 2018. IBAMA is now required to announce in advance the time and location of all its planned raids on illegal loggers.