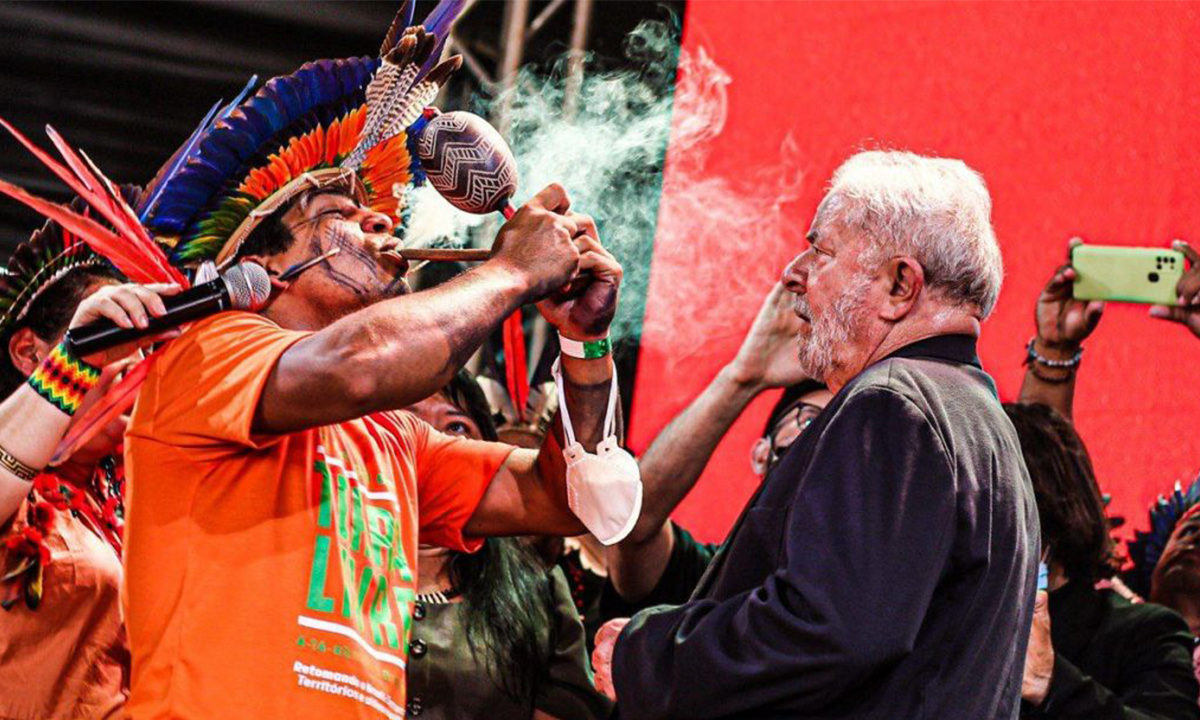 In Brazil’s Oct. 2 general elections, five self-identified indigenous candidates won seats as federal deputies and two as senators—the highest number in the country’s history. The most celebrated victory was that of Sônia Guajajara, a leader of her own Guajajara people in Maranhão state who has emerged as a voice for indigenous peoples on the national stage, and now takes a seat as deputy. But this new “Bancada do Cocar” (Feathered Headdress Caucus) will face tough odds in a generally more conservative National Congress. More seats were won by supporters of the reactionary outgoing president Jair Bolsonaro, and especially the Bancada Rural (Rural Caucus, dominated by the agribusiness lobby), in both the lower and upper houses. (Mongabay)

In the Oct. 30 presidential run-off,  left-populist Luiz Inacio “Lula” da Silva won a narrow victory—a stunning come-back after his corruption conviction was annulled by the Supreme Court just last year. For three tense days after the run-off, Bolsonaro, who had threatened not to respect the results if he lost, kept his silence. Truckers and other protesters meanwhile blocked highways in his support. Finally, on Nov. 2, Bolsonaro held a press conference to say he would “comply” with the constitution—without mentioning Lula or explicitly conceding. His chief of staff then took to the podium to say Bolsonaro had “authorized” the “transition” process. (AFP, The Guardian)

The destruction of the Amazon accelerated dramatically under Bolsonaro, who launched a legislative assault on rainforest protective measures. In 2004, the Amazon lost a staggering 28,000 square kilometers (roughly 7 million acres), but by 2012, that figure had fallen to just 4,600 square kilometers (1.1 million acres), according to Brazil’s National Institute for Space Research (INPE). This period roughly corresponds to Lula’s first presidency. Between August 1, 2019, and July 31, 2021—a period largely overlapping with Bolsonaro’s first three years in office—more than 34,000 square kilometers (8.4 million acres) were lost from the Amazon, not including losses attributed to natural forest fires. That’s an area larger than the entire national territory of Belgium, and a 52% increase over to the previous three years. (Vox)