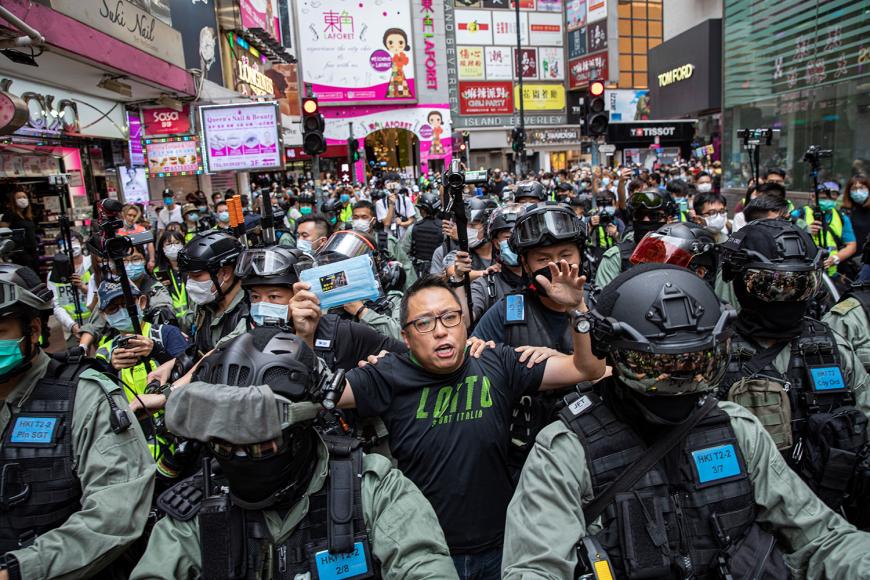 Pro-democracy activist and popular radio DJ Tam Tak-chi, also known as “Fast Beat,” was found guilty April 20 of “seditious speech” and sentenced to 40 months in prison by the Hong Kong District Court. The former vice-chair of the People Power party is the first person since Hong Kong’s 1997 handover to stand trial for “sedition” under the Crimes Ordinance dating to the period of British colonial rule. Tam was arrested in July 2020, shortly after China imposed its sweeping National Security Law on the city, and has been in detention ever since, having been denied bail. He was found guilty of using the slogans “Liberate Hong Kong” and “Revolution of our times” at protests between January and July 2020. He was also accused of cursing at the police. Tam said that he would appeal the decision, stating that “my sentencing will affect Hongkongers’ freedom of speech.” Human Rights Watch senior China researcher Maya Wang stated that Tam’s sentence “exemplifies the dizzying speed at which Hong Kong’s freedoms are being eroded.” (Jurist, HKFP)