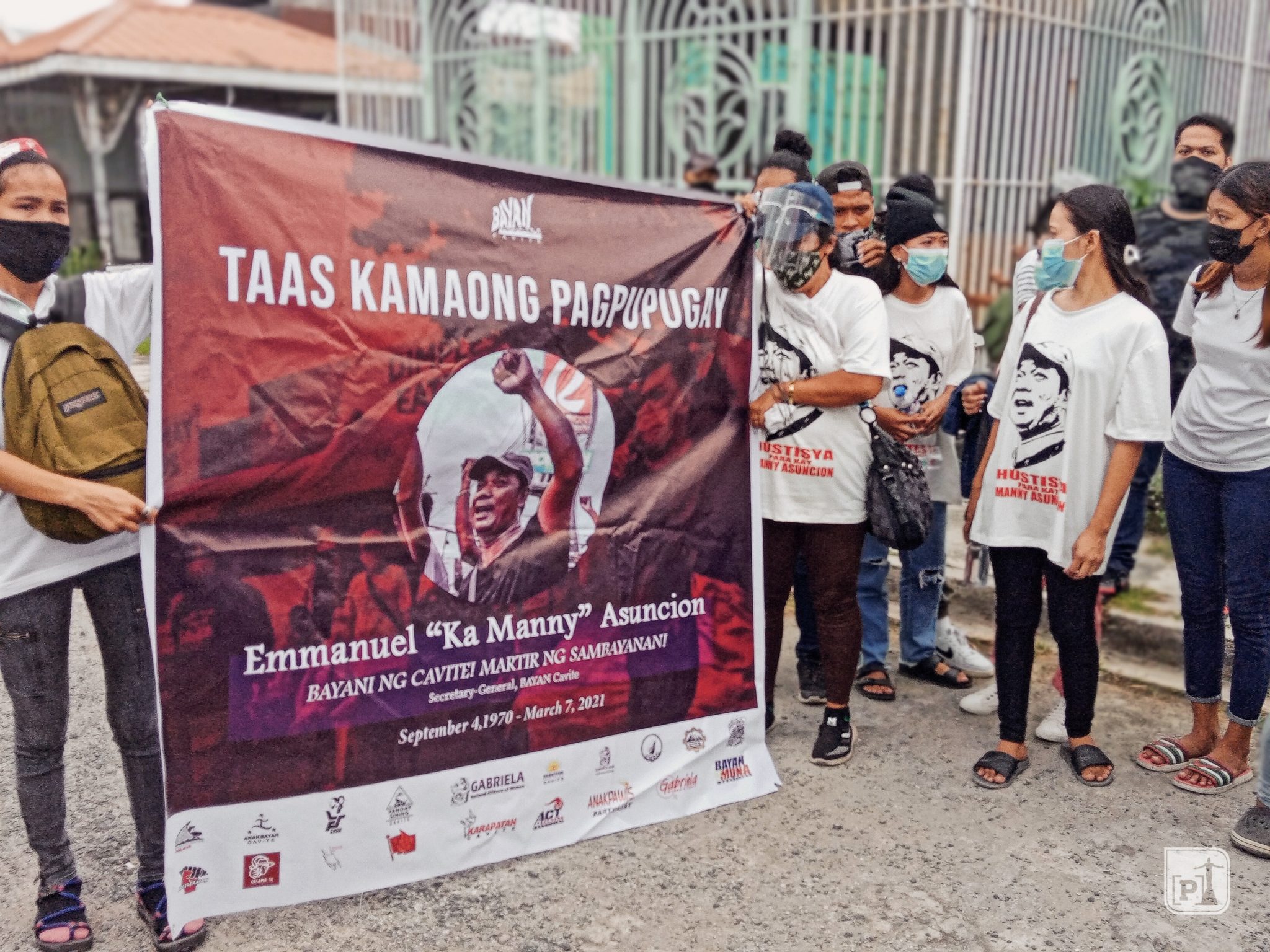 In the wake of the “Bloody Sunday” killings of nine activists in the Philippines, advocates are demanding passage of the Philippine Human Rights Act (PHRA) in the US Congress, which would suspend United States aid to the Manila government until the rights crisis in the archipelago nation is addressed. In a supposed operation against the New People’s Army (NPA) guerillas on March 7, national police troops backed up by the army killed nine members of Bagong Alyansang Makabayan (New Patriotic Alliance, BAYAN) civil organization in the southern Calabarzon region of Luzon island. Among those killed was Emmanuel “Manny” Asuncion, secretary general of BAYAN in Cavite province, and an important mass organizer in Calabarzon region (also known as Southern Tagalog).

Police said in their report that the slain had resisted when officers attempted to carry out search warrants, but BAYAN and regional rights groups describe the killings as extrajudicial executions. Six other BAYAN supporters were arrested in the raids.

The killings came just two days after President Rodrigo Duterte ordered government forces to “kill” and “finish off” all communist rebels in the country. “I’ve told the military and the police, that if they find themselves in an armed encounter with the communist rebels, kill them, make sure you really kill them, and finish them off if they are alive,” Duterte told a March 5 meeting of the National Task Force to End Local Communist Armed Conflict (NTF-ECLAC) in Cagayan de Oro City. “Ignore human rights,” he added. “That’s my order.”

Since Duterte took office in 2016, the US has sent over $550 million in military aid to the Philippines, as well as making  $2 billion in arms sales to his government in 2020 alone. (Inquirer, Inquirer, Al Jazeera, Rappler, HRW, OCCRP)

The Philippines Supreme Court on March 16 dismissed a petition challenging the legal validity of Duterte’s unilateral withdrawal from the International Criminal Court (ICC) in 2019, claiming that the issue had become “moot and academic.”

The Philippines officially withdrew from the ICC on March 17, 2019, a year after Duterte publicly announced the nation’s intention to withdraw. Two separate petitions were filed challenging the withdrawal. The first, filed in May 2018 by opposition party senators, argued that withdrawal from the Rome Statute (and the ICC by extension) required a two-thirds majority concurrence in the Senate. The second petition, filed in June 2018 by the Philippine Coalition for the ICC, claimed that Duterte overstepped the powers of his office when he unilaterally withdrew, as “there was no basis in fact, law or jurisprudence.” (Jurist)

Duterte, who has overseen thousands of killings, faces complaints before the ICC.