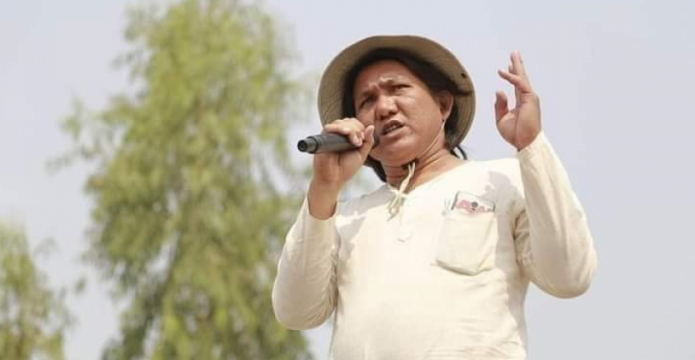 Ko Zaw Tun, a Burmese poet who wrote under the pen-name Khet Thi, was tortured to death in military custody, according to family members after his bruised and mutilated body was returned to them. Khet Thi was arrested May 8 at his home in Shwebo, Sagaing region, along with his wife who was later released. They were allegedly detained on suspicion of planning a bomb attack. His family said that internal organs had been removed from his body. Khet Thi was an outspoken opponent of the February coup d’état, in which the military ousted the civilian government of Aung San Suu Kyi. A line from one of his poems has been taken up as a slogan by the pro-democracy movement: “They shot us in the head; They don’t know the revolution dwells in our hearts.” (Myanmar Now, Asia News, The Irrawady)

As sweeps continue of supporters of the ousted government and its ruling National League for Democracy, the junta on May 8 designated the parallel Government of National Unity (NUG) a “terrorist group,” accusing it in connection with arson attacks and killings of members of the security forces.

A judge on May 10 ordered Aung San Suu Kyi to appear in person for the first time in court in two weeks. Although she has appeared at court hearings before via video link from house arrest, he Nobel laureate has not been seen in public since she was detained in the wake of the February coup. (Myanmar Now, Asia News, Hindustan Times)

Protest has over the past weeks started to give way to armed resistance—and not only in the peripheral tribal areas, but even the central regions of the Irrawaddy Valley. The NUG on May 5 formally declared a People’s Defense Force (PDF). The days have seen fighting between local PDF militias and the security forces in Sagaing and Mandalay regions. (Myanmar Now, Myanmar Now, AFP)