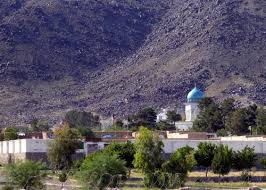 In the latest of mounting attacks across Afghanistan, a bomb blast near Kabul University left eight people dead and some 30 wounded July 19. Four days earlier, a roadside bomb killed at least 11 pilgrims riding a truck in the southern province of Kandahar, headed for the shrine that houses the tomb of Sufi Shah Agha, a companion and relative of the Prophet Mohammad. No group immediately claimed responsibility for the bombing, but Kandahar authorities blamed the Taliban, which often uses roadside bombs to target security forces in the province. Days before that, on July 12, at least six people were killed and 14 wounded when a suicide bomber targeted a wedding celebration in Nangarhar province.

Paradoxically, the escalating violence comes just after Afghan officials met face-to-face with Taliban leaders as well as US negotiators at the peace talks in Doha, Qatar. Although the primary US condition is that the Taliban pledge not to provide a haven for al-Qaeda, the parties did agree to a “roadmap for peace” that includes a pledge to avoid civilian casualties. (Al Jazeera, Al Jazeera, Khaama Press)