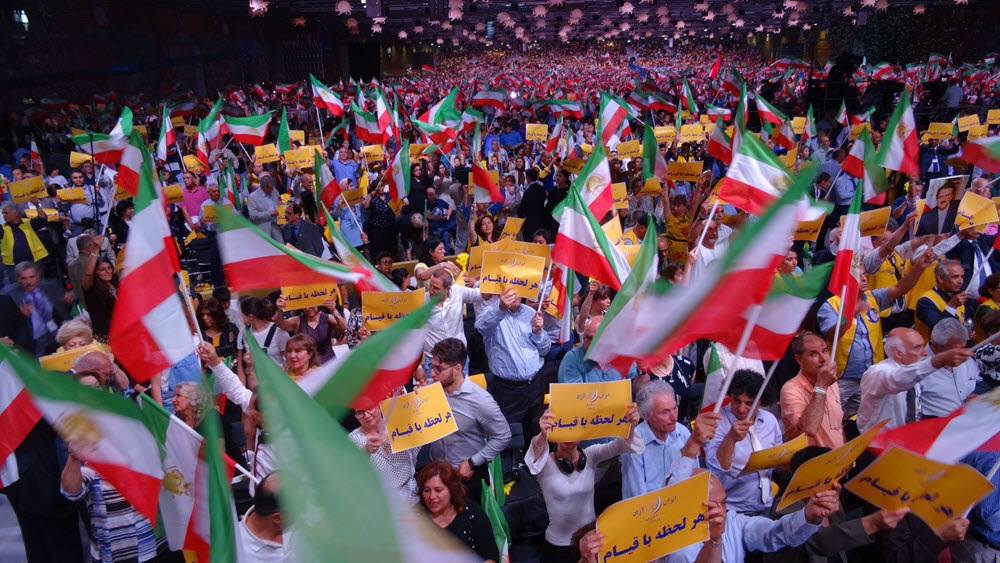 At least 24 people, including 12 Revolutionary Guards, were killed and more than 60 were wounded when gunmen attacked a military parade in the city of Ahvaz, capital of Iran's restive southwestern province of Khuzestan. Foreign Minister Mohammad Javad Zarif blamed "a foreign regime" backed by the United States for the attack. A representative for the separatist al-Ahwaz Arab Liberation Front told the London-based Iran International TV that the Ahwaz National Resistance, a coalition of separatist groups, was responsible for the attack, but insisted that civilians were not the target. (Map: ResearchGate)

In a perfectly predictable response, Iran's Supreme Leader Ayatollah Ali Khamenei accused the US of fomenting the latest irruption in the wave of popular protests that has swept the country since the start of the year. Just as predictable was US Secretary of State Mike Pompeo's transparently bogus statement of support for the Iranian protesters. Somewhat more surreal was the spectacle of Rudolph Giuliani, addressing a Paris rally staged by the National Council of Resistance of Iran (NCRI), political wing of the cultish armed opposition group Mujahedin-e-Khalq—once listed as a terrorist organization by both the US and EU. Giuliani of course had to invoke the dreaded "regime change" phrase at the NCRI rally. This kind of US "support" hurts more than it helps, allowing the ayatollahs to more easily portray protesters as pawns, dupes or agents of the West.  (Photo: Center for Human Rights in Iran)

Violent protests in Iran against Saudi Arabia's execution of a dissident Shi'ite cleric come as the Islamic Republic is itself preparing a mass execution of Sunni political prisoners.

Iranian opposition group Mujahedeen Khalq charged that Tehran's agents were behind a deadly missile attack on their Baghdad camp.

The Iran nuiclear deal comes as the US is in a de facto alliance with Tehran against ISIS, and includes a lifting of sanctions on a notorious commander of counterinsurgency forces in Syria and Iraq.

Argentina and Iran in oil-for-terror deal?

Did Argentina's President Cristina Fernández de Kirchner strike a secret deal with Tehran to cover up Iran's role in a terror attack in exchange for guarantees of oil imports?

Amnesty International urged Iran not to carry out the execution of Gholamreza Khosravi Savajani, a political dissident convicted of "enmity against God."

UN human rights officials called on Baghdad to provide information on seven Mujahedeen Khalq followers who were allegedly abducted in an armed attack on their camp.

In attack blamed on Iran’s elite Quds Force, Katyusha rockets rained down on the former US military base outside Baghdad now used by “demobilized” Mujahedeen Khalq fighters.