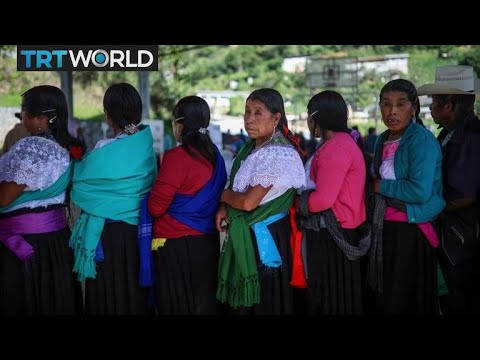 Turkey’s TRT World runs a report Aug. 15 recalling the Chontal Maya blockades of the Pemex oil installations in Mexico’s southern state of Tabasco in 1996, to protest the pollution of their lands and waters. This is a struggle that is still being waged today by the Chontal of Tabasco, but back in 1996 the figurehead of the movement was Andrés Manuel López Obrador (known as AMLO)—now Mexico’s left-populist president-elect. The report asks if AMLO as president will remain true to the indigenous struggle that first put him on Mexico’s political map. In a segment exploring this question, TRT World speaks with Melissa Ortiz Massó of the Business and Human Rights Resource Centre and CounterVortex editor Bill Weinberg.