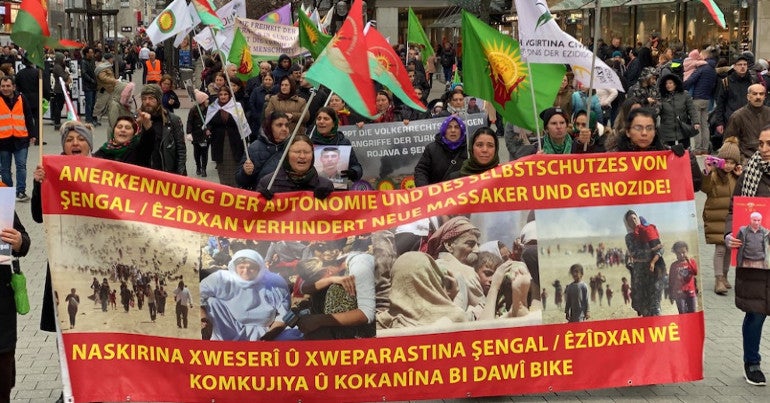 The Turkish air force on Jan. 15 again carried out raids targeting the Sinjar Resistance Units (YBS), a Yazidi militia, in the autonomous Sinjar area of Iraq’s Ninevah province. Reports said at least four people were killed, including militia commander Zardasht Shingali. The YBS, aligned with the Kurdistan Workers Party (PKK), played a key role in liberating the Sinjar area from ISIS after the Islamic State’s genocide against the Yazidis in 2014. After the new air-strikes, the Kurdish Freedom Movement umbrella group called for protests against the Turkish aggression in cities across Europe. Demonstrations were reported from Athens, Nuremberg, Frankfurt, Marseille, Stockholm and Utrecht. (Al Monitor, The Canary)

Photo via The Canary