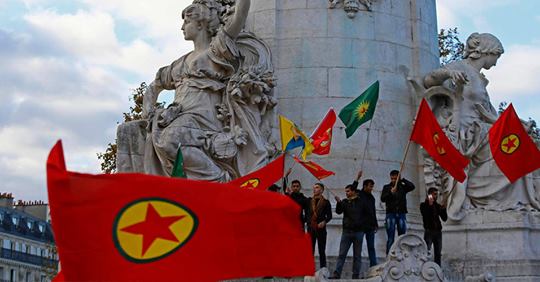 The Court of Cassation of Belgium on Jan. 28 upheld a lower court’s judgement and ruled that the Kurdistan Workers Party (PKK) is not a “terrorist organization.” The case, one of several in Belgium relating to the nature of the PKK, stems from an investigation into three local Kurdish supporters of the party by Belgian judicial authorities. The legality of the investigation was challenged, and in May 2017 the Court of Appeals ruled for the three activists. The Federal Prosecutor’s appeal of this ruling has now been rejected. Speaking to Kurdish news agency ANF after the high court decision, one of the three targeted leaders, Zübeyir Aydar of the Brussels-based Kurdistan National Congress (KNK), said: “The Court of Cassation ruling recognizes the fact that the Kurdistan freedom struggle cannot be accused of terrorism, that what is in question is not terror but a war, and the PKK is a party of this war. This is a first in Europe and we hope it will set an example to other countries.” A case has been pending since November 2018 before the European Court of Justice in Luxembourg challenging the European Union’s listing of the PKK as a “terrorist organization.”