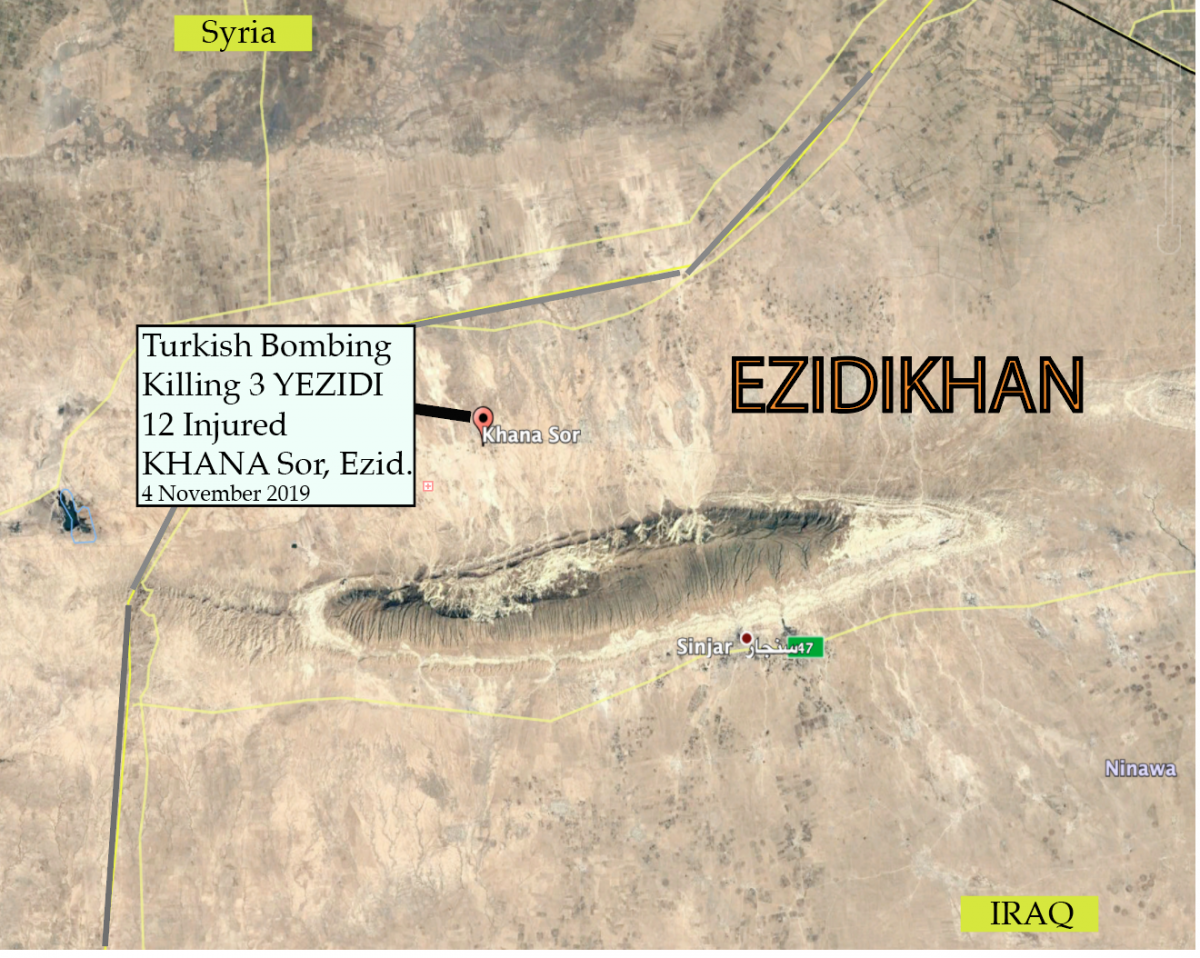 The Yazidi village of Bara in northern Iraq was struck by Turkish warplanes for the second time in two days Nov. 5, injuring at least three. There were also strikes on the nearby village of Khanasor, targeting a base of the Shingal Protection Units (YBS), a Yazidi militia. The YBS played a key role in liberating the area from ISIS after the Islamic State’s genocide against the Yazidis in 2014. Turkey believes the YBS to be affiliated with the Kurdistan Workers’ Party (PKK), and justifies its strikes by claiming the area is host to PKK positions. The area of Shingal, also known as Sinjar, was subject to a spate of air-strikes in 2018, which killed YBS commander Zaki Shingali as well as four fighters. (Provisional Government of Ezidikhan)

Turkey has been for years targeting presumed PKK positions in northern Iraq.