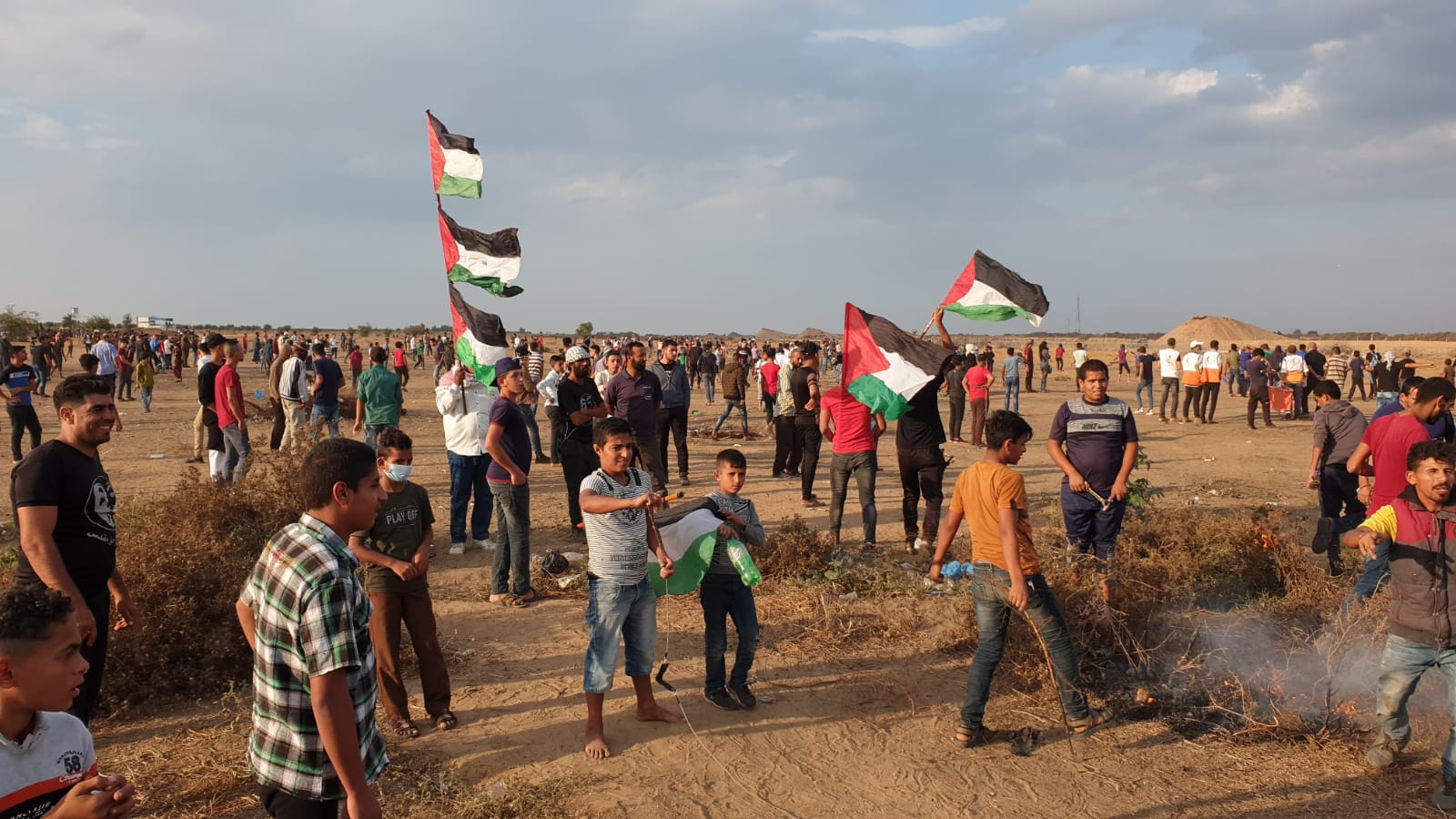 More than a year and a half after it was launched, the Great March of Return continues to mobilize weekly on the Gaza Strip border. Friday, Oct. 25, saw the 80th such mobilization—and was met with gunfire by Israeli security forces. Hundreds of Palestinians protested at various points near the border fence, with some setting tires on fire and throwing stones, Molotov cocktails and firecrackers at the Israeli forces—who responded by launching tear-gas canisters and opening fire with both rubber bullets and live rounds. According to the Palestinian Centre for Human Rights, 95 civilians—including 43 children, a woman, two paramedics and a journalist—were shot and injured by Israeli troops.