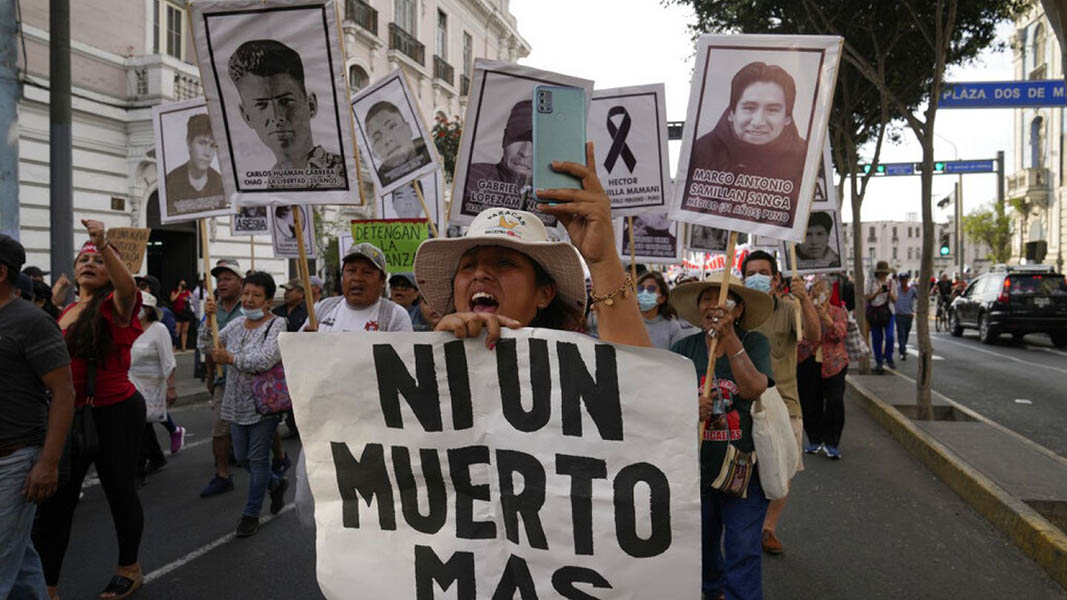 In Episode 159 of the CounterVortex podcast, Bill Weinberg takes stock of the inspiring and terrifying situation in Peru—which is only escalating, with no resolution in sight. Since left-populist president Pedro Castillo was ousted in a “soft coup” last month, a mass movement has rapidly mobilized to demand that new president Dina Boluarte step down, that Congress be dissolved, and that a “constituent assembly” be called to draft a new constitution with the participation of popular organizations. Despite repression approaching genocidal levels, thousands of protesters from across Peru converged on the capital for a “Taking of Lima”—which only brought street-fighting to the center of national power, when the gathering was charged by the riot police. It is a case of “bad facts” for the popular movement that the crisis was sparked by Castillo’s attempt to seize autocratic power in an auto-golpe in response to relentless efforts to remove him by the reactionary fujimorista bloc in Congress. But this does not alter the basic right and wrong of the struggle in Peru, which is fundamentally that of campesinos, indigenous peoples and common folk fighting for their elementary rights and even very survival, against the corrupt political class fighting to preserve its privileged position and ill-gotten gains. Listen on SoundCloud or via Patreon.

We ask listeners to donate just $1 per weekly podcast via Patreon—or $2 for our special offer! We now have 52 subscribers. If you appreciate our work, please become Number 53!