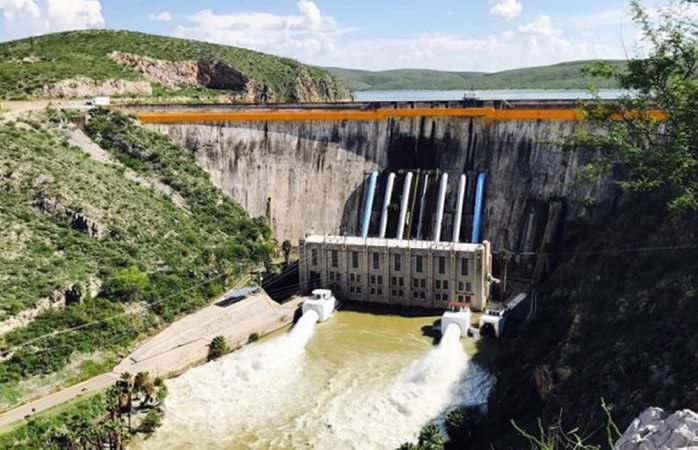 More than 3,000 farmers and residents of four rural municipalities in Mexico’s northern state of Chihuahua clashed with Mexican National Guard troops on Feb. 4 in a protest over the federal government’s plan to divert water from a dam into the Rio Grande for the use in the United States. Protesters from the municipalities of Camargo, La Cruz, Delicias and San Francisco de Conchos confronted troops guarding La Boquilla Dam on the Rio Conchos with the aim of occupying the facility and preventing the water diversion. The National Water Commission (Conagua) intends to open the sluices of the dam to divert hundreds of millions of cubic meters of water to the Rio Grande, in order to comply with a 1944 Water Treaty between Mexico and the US. Mexico has a 220-million-cubic-meter “water debt” to the US, but farmers say that the massive diversion will leave them with insufficient water.

The National Guard and the army were deployed to La Boquilla last month after protesters broke into the facility on Jan. 10. The protests came after the Camargo farmers’ association called for the dam to be seized from authorities in order to prevent the “robbery of farmers’ assets.”

Under the 1944 treaty, Mexico and the US are supposed to allow cross-border flows of water, but Mexico has fallen badly behind and now has to catch up on “payments.” Local farmers question the accounting by the International Boundary & Water Commission, and are demanding a transparent audit. (Mexico News Daily, AP, Heraldo de Chihuahua, Opción de Chihuahua, Informador, La Jornada)