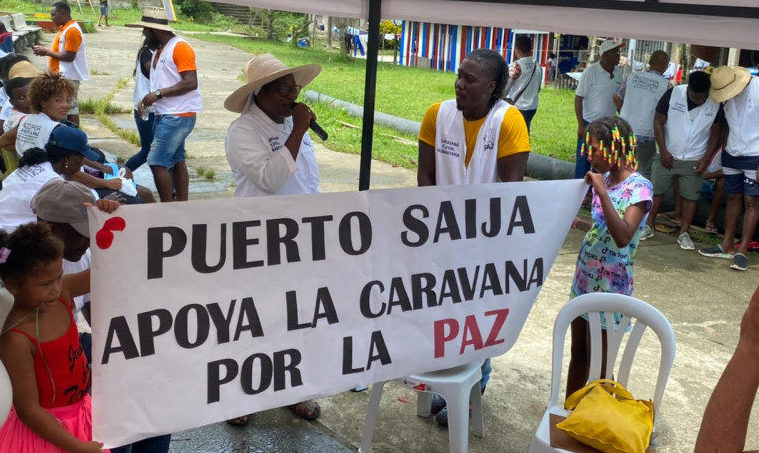 Police killed at least eight people in Colombia’s southwestern city of Cali, amid national protests against President Iván Duque’s proposed reform of the tax code, local human rights defenders said April 30. The city’s independent Francisco Isaías Cifuentes Human Rights Network (REDDHFIC) put the number dead at 14. Clashes between police and protesters also took place in Bogotá, Medellin and other cities on May 1. In response to the protest wave, Duque said he would revise his proposed “Sustainable Solidarity Law,” and that the new taxes on sales of food and gasoline would be dropped. (Reuters, BBC Mundo, Colombia Reports, May 1; InfoBae, April 30; BBC Mundo, April 29)

The protest campaign comes amid ongoing political violence nearly across Colombia, but especially the southwest. On April 20, Sandra Liliana Peña Chocué, the Nasa indigenous governor of La Laguna resguardo, in Caldono municipality of southwestern Cauca department, was abducted from her home and shot dead by four unidentified gunmen. The slaying came as the reserve’s Indigenous Guard have launched a campaign against the planting of coca within their territory without the consent of traditional authorities. Two days after the killing of Peña Chocué, several were injured in a clash that broke out as Indigenous Guard members were eradicating unauthorized coca crops in La Laguna.

Demobilized members of the FARC guerillas are also being targeted by presumed right-wing paramilitaries. In the space of five days in mid-April, four ex-FARC fighters were killed in the departments of Meta, Chocó, Arauca and Caquetá. According to the investigation unit of the Special Jurisdiction for Peace (JEP), since the signing of the peace accords in November 2016, a total of 289 homicides of demobilized FARC fighters has been registered. (El Tiempo, April 24; Contagio Radio, April 23)

Amid the escalating violence, a locally-organized “Caravan for Peace” is making its way through the Pacific coastal region of Cauca, calling for a dialogue with armed actors and civil society to arrive at a new “Pact for Life & Peace,” addresing needs for security, access to land, and economic sustenance. (Colombia Informa, April 27)