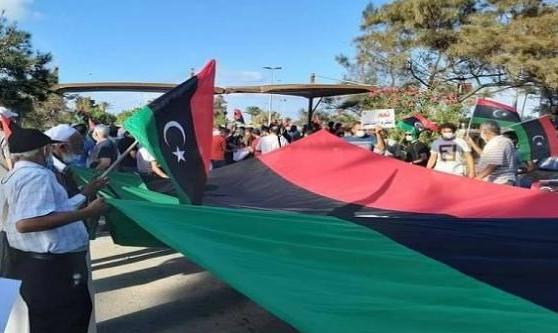 At least six protesters were abducted and several others wounded when armed men fired into the crowd to disperse a demonstration in the Libyan capital on Aug. 23. The gunmen, who used truck-mounted heavy machine-guns as well as small arms, apparently belonged to a militia under the informal command of the Interior Ministry. Five days later, Prime Minister Fayez al-Sarraj of the Tripoli-based Government of National Accord (GNA) suspended Interior Minister Fathi Bashaga while an investigation is underway.

Protests have continued to fill Tripoli’s Martyrs Square, and have spread to other cities controlled by the GNA, including Misrata and al-Zawiya. Demonstrators are denouncing official corruption and calling for the provision of essential services such as electricity. They are also demanding an end to impunity for lawless militias and a transition to full democracy. (Amnesty International, Libya Observer, AP, Reuters, Al Jazeera)

Fayez al-Sarraj and rival factions agreed to hold nationwide elections in 2018, but they have been repeatedly postponed in the atmosphere of lawlessness and internal war. The country’s first national elections since the 2011 revolution are now tentatively scheduled for March 2021. (Middle East Eye)