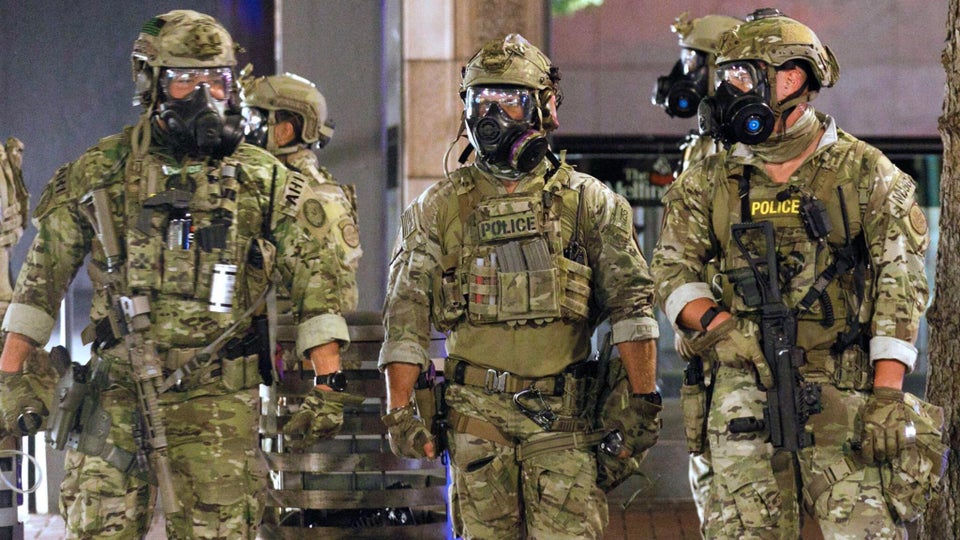 The US Attorney for the District of Oregon on July 17 called for an investigation into allegations that unidentified federal agents are arresting people in the city of Portland. US Attorney Billy Williams noted that federal agents have been in the city for the past 50 nights, to defend the federal courthouse and other federal buildings from protestors. While defense of the buildings was lawful, Williams said reports had reached him of federal agents, including from Customs and Border Patrol (CBP), driving in unmarked vehicles and arresting at least two protestors without identifying themselves. The agents were not wearing any identifying insignia and were masked. Williams referred to these arrests as “questionable conduct,” while Lisa Hay, Oregon’s federal public defender, said, “It’s a fundamental constitutional value that people in this country are free to walk the streets without fear of secret arrest.”

Williams had already called for an investigation earlier in the week after a protestor was shot in the head with an “impact munition” fired by an officer of the US Marshals Service. That investigation has been turned over to the Department of Justice Office of the Inspector General.

Later on July 17, Oregon Attorney General Ellen Rosenblum announced that the state would file charges in federal court against the Department of Homeland Security (DHS), the Marshals Service, the Federal Protection Service, and CBP. The lawsuit will allege that the agencies have violated the civil rights of Oregonians by arresting and holding them without probable cause. In a statement Rosenblum accused the Trump administration of using “scare tactics to stop our residents from protesting police brutality and from supporting the Black Lives Matter movement. Every American should be repulsed when they see this happening. If this can happen here in Portland, it can happen anywhere.”

Also on July 17, Oregon Senators Jeff Merkley and Ron Wyden, and Representatives Earl Blumenauer and Suzanne Bonamici, issued a joint statement in which they wrote that the administration’s actions “are chillingly reminiscent of autocratic governments that ‘disappear’ critics and opponents.” They demanded the removal of all federal agents who have been recently deployed to Portland. Oregon Gov. Kate Brown also tweeted that she had told DHS Acting Secretary Chad Wolf to “remove all federal officers from our streets,” but that “[h]is response showed me he is on a mission to provoke confrontation for political purposes.” Wolf had said that removal of agents from Portland would not “happen on my watch.”

Additionally, the American Civil Liberties Union (ACLU) has filed a lawsuit against DHS in federal court, seeking to block federal agents from arresting or using physical force against journalists and legal observers. “What is happening in Portland is an unconstitutional nightmare,” said ACLU staff attorney Vera Eidelman. “The ACLU will not let the government respond to protests against police brutality with still more brutality.”

From Jurist, July 18. Used with permission.