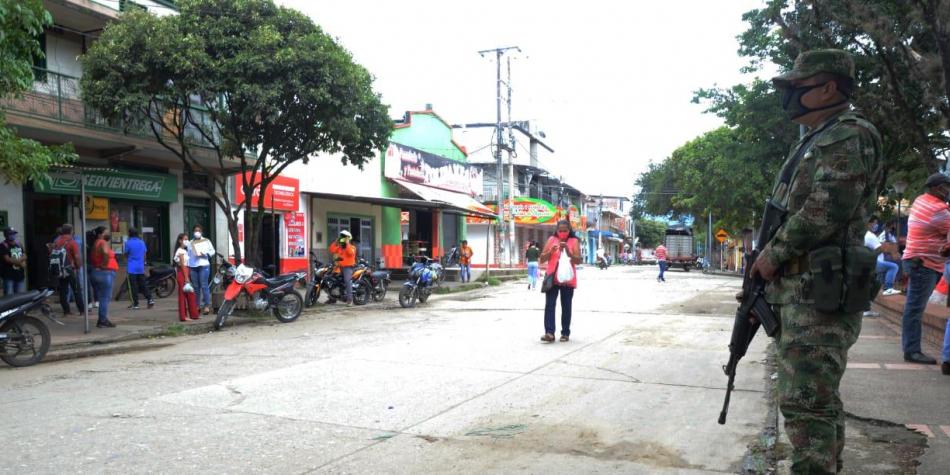 A band of armed men in trucks and on motorcycles invaded two veredas (hamlets) in the rural zone of Algeciras municipality, in Colombia’s central-south department of Huila, on the night of July 16, terrorizing local residents. The approximately 10 armed men entered various homes in the veredas of La Danta and Quebradón Sur, menacing the families at gunpoint, before finally identifying one family they had apparently marked for death. Four family members were killed, and two more wounded, including an eight-year-old boy. The gunmen fled before they could be identified. However, both “dissident” elements of the FARC guerillas who have remained in arms in defiance of the peace deal and right-wing paramilitary groups are active in the area. Accounts indicate the attack targeted the family of an ex-guerilla of the FARC’s demobilized Teófilo Forero Column.

The attack also came hours after the official security forces had announced the capture in Algeciras of an “Organized Armed Group” leader identified by his nom de guerre “Hermes.” Reports did not indicate which faction “Hermes” was associated with, but he was said to be responsible for the assassination of 10 community leaders and ex-guerillas in the rural areas of Algeciras. (El Tiempo, July 17)

Assassinations of social leaders continue across Colombia. A tally by the Bogotá-based Institute for Peace & Development Studies (INDEPAZ) places the number of such slayings nationwide so far this year at 166. The most recent was in Algeciras, on July 5, when Gentil Pasos Lizcano, president of the Junta for Communal Action in El Puente vereda, was slain by gunmen who entered the small shop he owned.

Ex-FARC combatants are also being targetted for assassination, with INDEPAZ counting 36 such slayings so far this year. (PressEnza, July 17; El Tiempo, July 6)