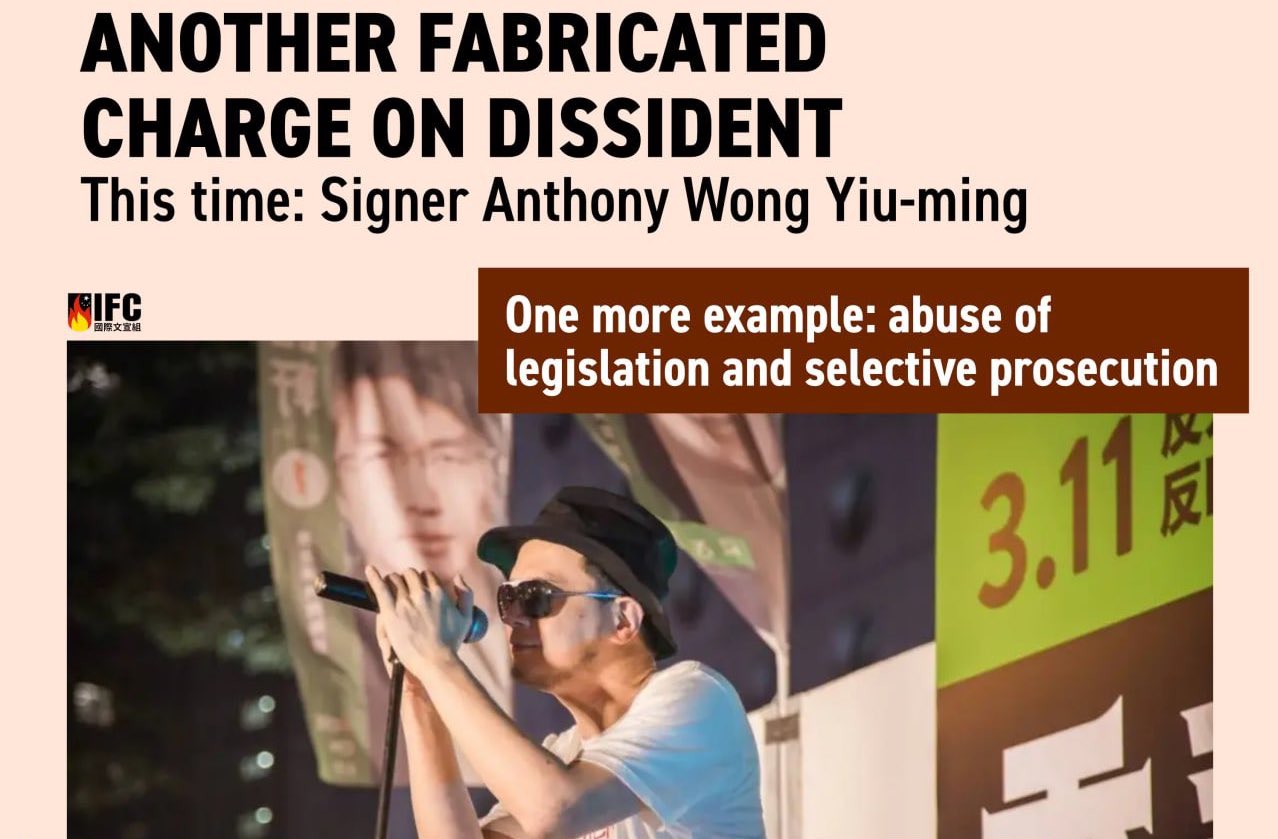 Hong Kong’s Independent Commission Against Corruption (ICAC) on Aug. 2 charged pro-democracy activist Au Nok-hin and Cantopop singer Wong Yiu-ming, AKA Anthony Wong, with “corrupt conduct” for allegedly breaching election laws by having Wong perform two songs at a rally for Au in his 2018 run for the Legislative Council. The ICAC cited provisions of the Elections Corrupt & Illegal Conduct Ordinance, which define as corrupt conduct meeting “all or part of the cost of providing food, drink or entertainment for another person for the purpose of inducing a third party to vote or not vote for a particular candidate at an election.” Hong Kong’s Department of Justice withdrew the charges against the pair two days after Wong was arrested, but they were both placed under a “bind-over order.” Under terms of the order, they each put up a $2,000 bond and will face no criminal charges if they maintain “good behavior” for a period of 24 months. “Hongkongers keep singing, Hongkongers keep going,” Wong told reporters as he left the courtroom.

Au is already serving a 10-month prison term over his involvement in a 2019 protest, and is one of dozens of politicians facing charges under the new National Security Law in connection with an informal election primary held by pro-democracy parties last year, which the authorities say was part of a plan to subvert the government. (Jurist, HKFP, NYT)