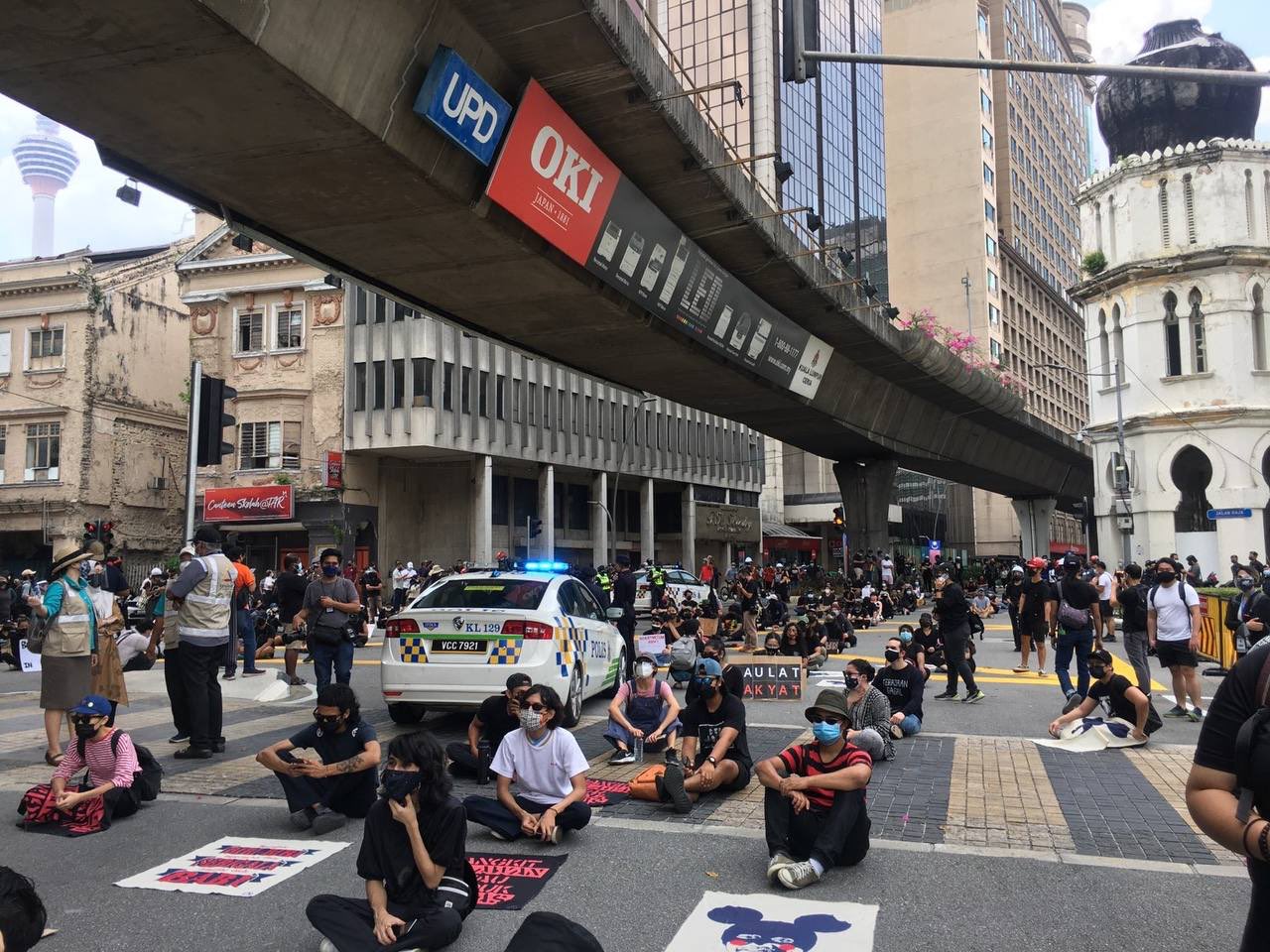 Hundreds of activists have repeatedly filled the streets of Malaysia’s capital Kuala Lumpur since July 31 to demand the resignation of Prime Minister Muhyiddin Yassin over his government’s handling of the COVID-19 pandemic. Themed #Lawan (Fight), the movement is also demanding the resumption of parliamentary sessions and a moratorium on the repayment of all loans. Protesters accuse the Muhyiddin government of using the pandemic to suspend parliament in order to consolidate power, and relying on harsh emergency regulations to silence and intimidate critics. Protesters chant hidup rakyat (long live the people), and carry black flags and effigies of dead bodies wrapped in white cloth to signify the high daily COVID-19 death tally in the county.

Authorities summoned at least 20 activists last week, ahead of the first planned #Lawan demonstration. This included youth activist Sarah Irdina, who was arrested July 29 under the draconian Sedition Act for tweeting about the protest. She has been released but may still face charges. (Global Voices, France24, Al Jazeera, The Diplomat)