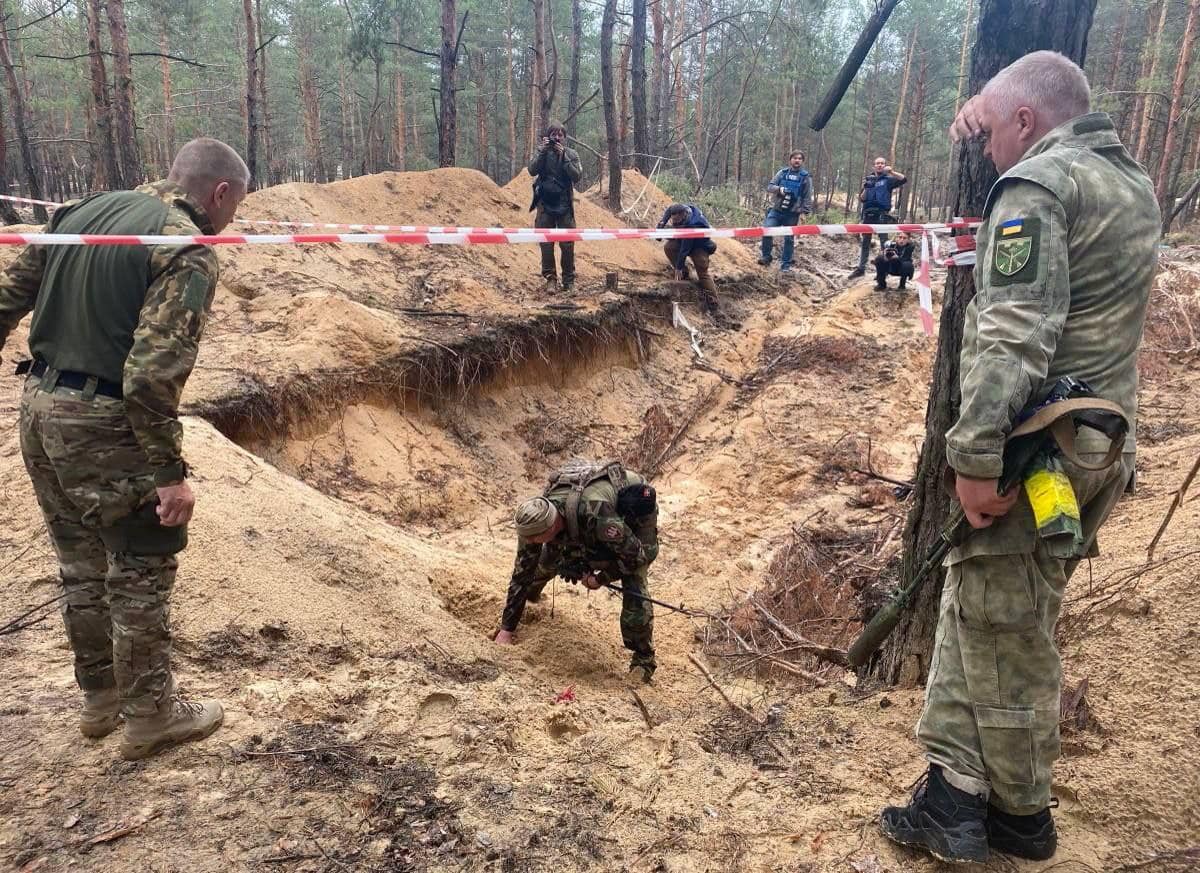 Following last week’s discovery of mass graves containing some 450 bodies in the Ukrainian town of Izium, the European Council presidency has issued a call for “the speedy establishment of a special international tribunal that will prosecute the crime of aggression.” Foreign Affairs Minister Jan Lipvasky of the Czech Republic, which currently holds the Council’s rotating presidency, wrote on Twitter Sept. 18: “Russia left behind mass graves of hundreds of shot and tortured people in the Izium area. In the 21st century, such attacks against the civilian population are unthinkable and abhorrent. We must not overlook it. We stand for the punishment of all war criminals.”

Ukrainian forces uncovered the bodies in a wooded area after driving Russian forces from Izium, Kharkiv oblast. The Ukrainian Defense Ministry stated: “A non-stop exhumation of hundreds of corpses in Izyum continues… It will take many long and exhausting hours for investigators to reveal the magnitude of the genocide perpetrated by russian [sic] murderers.” The Defense Ministry said the bodies are believed to be overwhelmingly those of civilians.

Ukrainian President Volodymyr Zelensky added: “Exhumation work continued today in Izium, Kharkiv region, at the site of the mass burial that had been found. Examinations of the bodies are being conducted. New evidence of the torture used against the people buried there has been found. More than ten torture chambers have already been found in the liberated areas of Kharkiv region…”

Back in March, Amnesty International sounded the alarm bell over the fate of civilians in Izium which had been under relentless attack by Russian forces since day four of Russia’s all-out invasion of Ukraine. These newly reported discoveries confirm our darkest fears. The people of Ukraine and the world deserve to know how exactly those buried in the forest near Izium have died. For every unlawful killing or other war crime, there must be justice and reparation for victims and their families and a fair trial and accountability for suspected perpetrators.

As of the UN’s latest count this week, 5,916 civilians—including more than 300 children—have been killed in the Ukraine hostilities since the Russian invasion was launched on Feb. 24. Documented injuries total 8,616—more than 400 of them children.

Note: Both the International Criminal Court and UN Human Rights Council have opened investigations into possible war crimes in Ukraine. Russia is already accused of mass killings of civilians at Bucha and other towns in the Kyiv area.