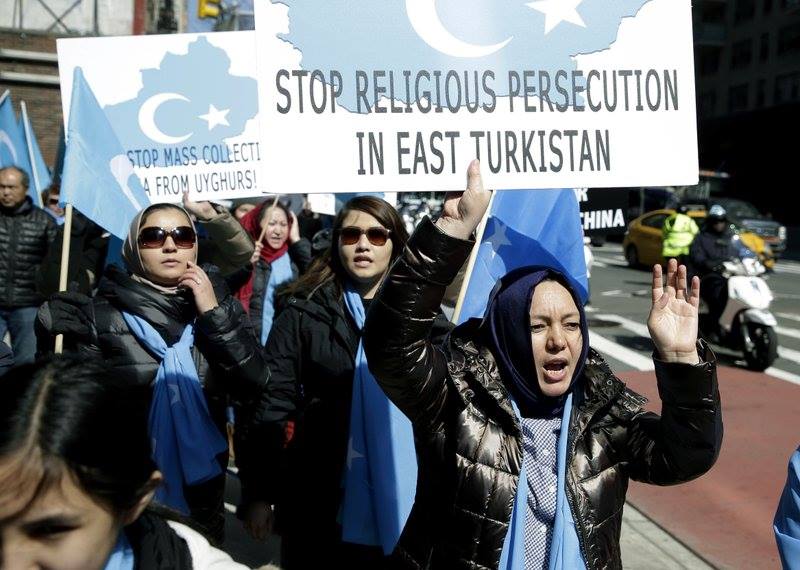 Just after Chinese officials announced that the detention camps for Muslim Uighurs in Xinjing region had been mostly emptied, reports emerge that women in the camps are facing forced sterilization. Dubious claims of the camps’ closure were made by Alken Tuniaz, vice chairman for Xinjiang, who told reporters July 30 that “the majority of people who have undergone education and training have returned to society and returned to their families.” He used the official characterization of the camps as “education and training” centers, and of their inmates as “students.” He added: “Most have already successfully achieved employment. Over 90 percent of the students have returned to society and returned to their families and are living happily.” Both he and Shohrat Zakir, party chairman for Xinjiang, refused to say how many people have been held in the camps.

The New York Times noted that the quotes from the officials had been rendered inconsistently in Chinese media, suggesting that perhaps what was meant was that 90% of those released had found work. (NYT, July 30)

As Uighur organizations in the exile diaspora expressed skepticism over tha claim that the camps were being emptied, women who had survived the camps and fled China came forward with accounts of forced sterilization. Gulbahar Jalilova, a Uighur woman who was detained for more than a year before being released to Kazakhstan, where she had taken up residence,  told France24: “They injected us from time to time… We had to stick our arms out through a small opening in the door. We soon realized that after our injections we didn’t get our periods any more.”

A similar account was given by ex-detainee Mehrigul Tursun in a video call to an Amnesty International event in Tokyo, as reported by the Nikkei Asian Review. Tursun, who now lives in exile in the US, told of being given unknown drugs and injections while detained in 2017. Doctors in the US later told her that she had been sterilized. (The Independent, Aug. 12)

Militarization of Xinjiang only seems to be escalating. The paramilitary People’s Armed Police have just unveiled a new counter-terror special operations unit called the “Mountain Eagle Commando”  in the province. It joins China’s two other counter-terrorism commando units—the Guangzhou-based Snow Leopard Unit, established in 2002, and the Beijing-based Falcon Unit, established in 1982.  The Mountain Eagle Commando is to crack down on the supposed East Turkistan Islamic Movement (ETIM). (Indian Express, Aug. 21)

Leaders of the Uighur diaspora have welcomed Qatar’s decision to withdraw its signature from a letter signed last month by 37 countries expressing support for China’s policies in Xinjiang, Qatar’s UN ambassador said in a letter to the Human Rights Council that remaining signatory to the letter “would compromise our foreign policy key priorities.” (Al Jazeera, Aug. 21)

Uighur exile leaders last month marked the 10th anniversary of the Urumqi Massacre, a wave of repression that followed an outbreak of riots in Urumqi, Xinjiang’s capital in 2009. The death toll is still disputed, and the episode marked the beginnning of the Chinese government’s current militarization of Xinjiang. (New Bloom, Aug. 7)