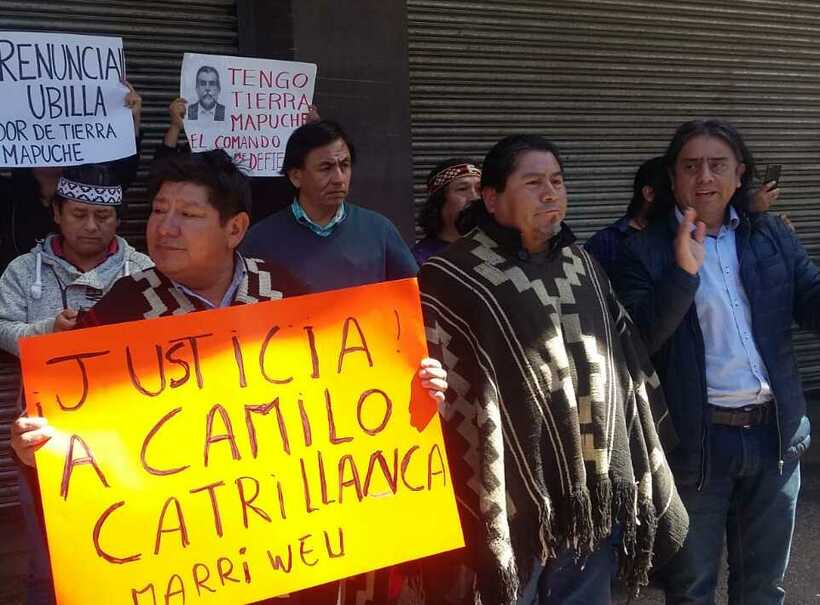 Leaders of Chile’s Mapuche indigenous people on Oct. 22 announced their support for the massive protests that have been sweeping the country for the past week, saying they will press their demands for local autonomy in their traditional territories. Aucán Huilcamánn of the Consejo de Todas las Tierras (Council of All Lands) made the declaration in the city of Temuco, Araucanía region, standing beside Marcelo Catrillanca—father of a young Mapuche man killed by the paramilitary Carabineros last year, an outrage that sparked local protests. Camilo Catrillanca was shot in the back last November while working his lands in the community of Temucuicui. He had been driving his tractor away from an outpost of the Carabineros’ Special Police Operations Group (GOPE)—the same elite force that has been unleashed on protesters in Chile’s cities over the past days. Four ex-members of the Carabineros have been arrested in the case. (Soy Chile, BiobioChile, The Guardian)

Social movements, labor unions and student groups called a two-day general strike on Oct. 22, demanding the resignation of the president and the establishment a Constituent Assembly to draw a new constitution for Chile. (Left Voice) Tens of thousands of protesters have continued to flood the streets of Chile’s cities, setting up flaming barricades and clashing with riot police. An apology and promises of economic reforms from President Sebastián Piñera has failed to quell the unrest that has now led to at least 18 deaths. Piñera has scrapped the transit fare hike that initially sparked the protests, and pledged to raise pensions and the minimum wage. But the mobilization has moved far beyond its initial limited demands, adopting the slogan “¡Chile despierto!” (Chile awakened!) (The Guardian, El Salto, Spain)