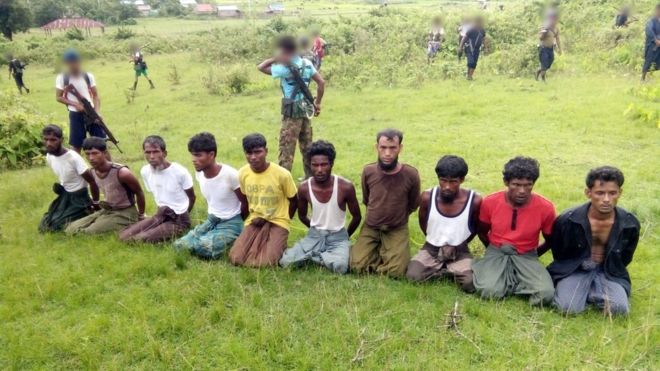 Seven soldiers imprisoned in Burma for killing 10 Rohingya Muslim men and boys have received an early release—serving less time than the reporters who uncovered the massacre they were convicted of. The soldiers were sentenced in 2018 to 10 years in prison for the killings at the village of Inn Din, but they “are no longer detained,” prison officials told Reuters. The news agency said the men were freed in November. This means they served less than one year of their 10-year terms. They are the only people to have been convicted for atrocities committed during the 2017 military campaign against the Rohingya in western Rakhine state, in which more than 700,000 were displaced. Meanwhile, the two Reuters reporters who were imprisoned on charges of revealing “state secrets” for reporting the massacre were also just released—after serving 16 months. The reporters, Wa Lone and Kyaw Soe Oo, received a presidential amnesty on May 6.