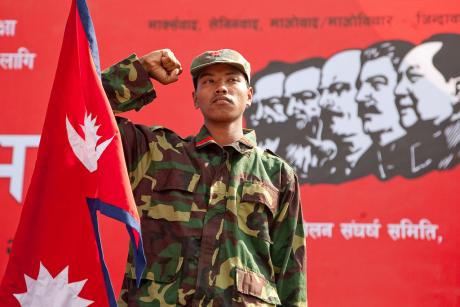 Four people were killed and three others injured in three explosions in Kathmandu on May 26, a grim reminder of the Maoist insurgency the shook Nepal for a decade before a 2006 peace agreement. Three were killed at a hairdressing salon; another improvised explosive device went off in a private home, and a third in a brickyard, possibly in transit toward the intended target. A dissident Maoist faction that has remained in arms since the peace agreement claimed credit for the blasts. The Netra Bikram Chand-led “Communist Party of Nepal” had declared a nationwide general strike for the following day. And in fact many businesses and transportation services were shut down, seemingly more due to fear of attack than support for the strike. (Kathmandu Post, Asia News, ANI)

The Netra Bikram Chand faction broke from the Unified Communist Party of Nepal-Maoist (UCPN-M) when the latter laid down arms and joined the government in 2006. There has since been criticism that the UCPN-M leadership have established themselves as a “red bourgeoisie.” (Libcom)