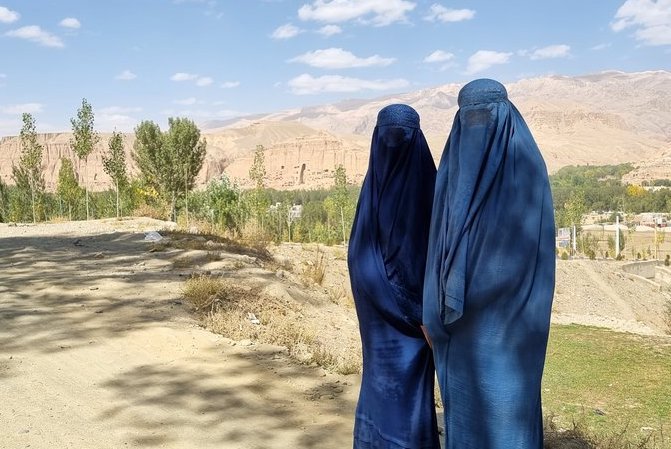 At a May 7 press conference in Kabul, the Ministry for the Propagation of Virtue & Prevention of Vice released an order from Taliban supreme leader Hibatullah Akhundzada, stating that women outside the home must cover their faces. The all-encompassing blue burqa, or chadari, which became a global symbol of the Taliban’s previous extremist rule from 1996 to 2001, was proposed as a suitable covering. The text of the decree calls such covering “obligatory” for all “mature and noble” women. The mandate is imposed “in order to avoid provocation when meeting men who are not mahram,” or immediate family. Tellingly, the order does not impose penalties on women themselves but on their male guardians. The fathers and husbands of women accused of going barefaced are to be summoned and, on repeat offenses, fired from government jobs or imprisoned.

The news was met with dismay by women’s rights advocates. “So much pain & grief for women of my country, my heart is exploding,” tweeted leading Afghan voice for human rights Shaharzad Akbar, who now lives in exile. (Khaama Press, Jurist, NPR)

See our last reports on the politics of the hijab, and the women’s struggle in Afghanistan.