The Armed Conflict Location & Event Data Project (ACLED) issued a new report on the Wagner Group’s activities in the Central African Republic and Mali, and it makes for chilling reading. The Russian mercenary group has targeted civilians in more than half of its operations in CAR and over 70% in Mali. Its CAR deployment was initially limited to training the national armed forces, but it took on a direct combat role in late 2020 as rebels threatened the capital. It won praise for helping the state capture major towns, but abuses have now angered large parts of the civilian population. In jihadist-hit Mali, the mercenaries have also been involved in a number of high-profile abuses—mostly notably in the central town of Moura, where hundreds of non-combatants were massacred. (Map: Wikivoyage) 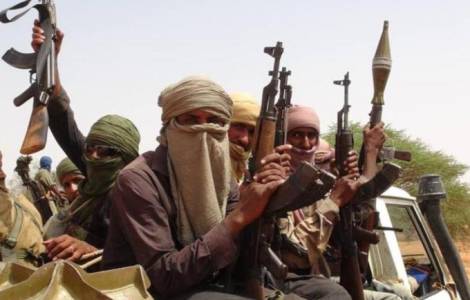 Sudanese militia leader and war crimes suspect Ali Kushayb was arrested by authorities in the Central African Republic, and turned over to the International Criminal Court (ICC). His apprehension comes more than 13 years after an arrest warrant was issued for him, detailing 22 charges of crimes against humanity and 28 war crimes charges, including murder, rape and pillage. The warrant asserts that Kushayb commanded thousands of Janjaweed militia fighters from 2003-4, personally taking part in the rape and murder of civilians in villages during the Darfur conflict. (Photo via Radio Dabanga)

Armed groups continue to commit war crimes with impunity in the Central African Republic, according to a new report by Human Rights Watch, calling for international efforts to bring perpetrators to justice.