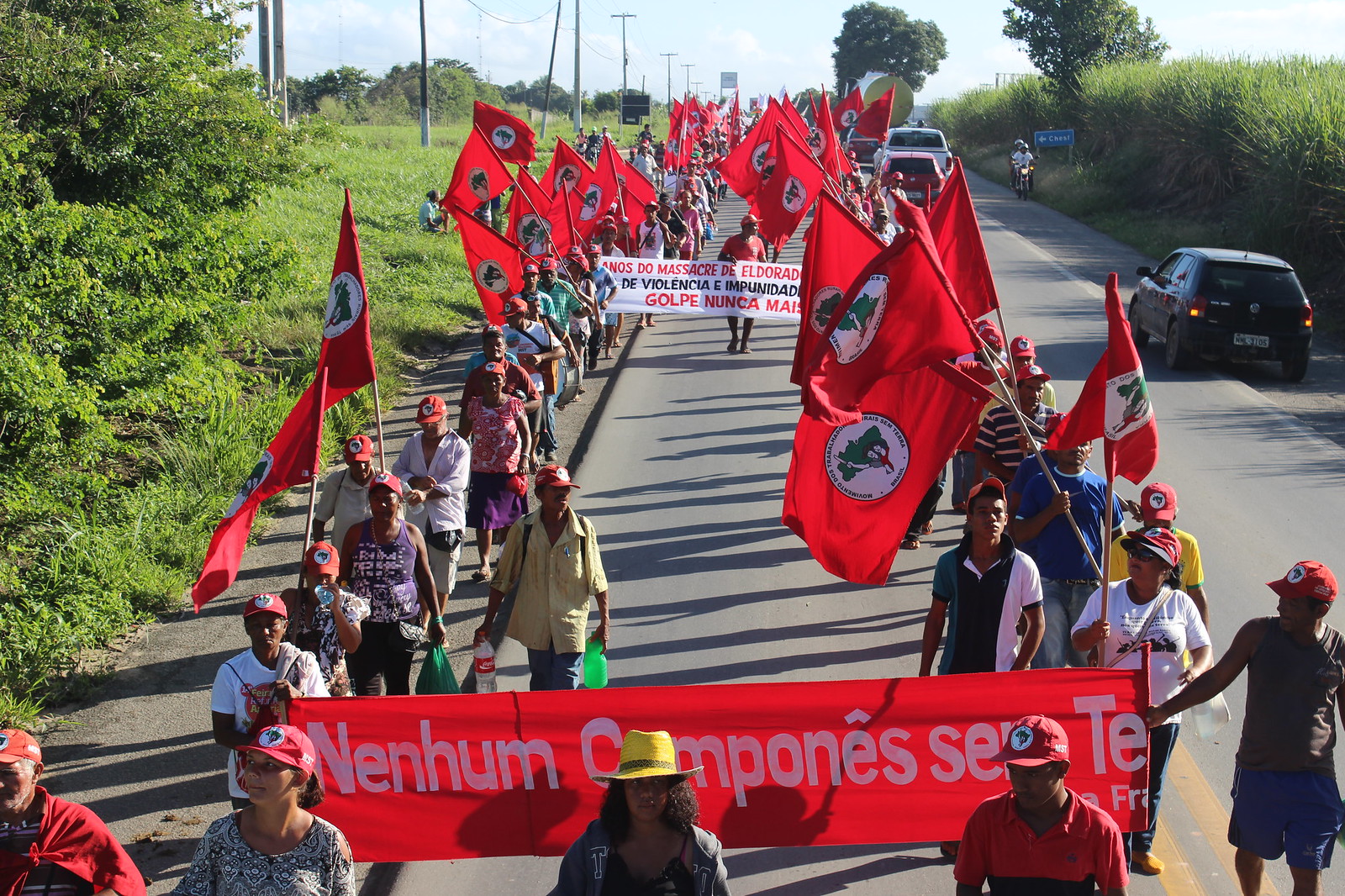 In the last two weeks, Brazilian Amazonia has seen an alarming increase in targeted killings, with three massacres and at least nine deaths. The Catholic Church’s Pastoral Land Commission (CPT) defines a massacre as the killing of three or more people. The most recent killings took place April 3 in a landless peasants’ camp near the hamlet of Vila de Mocotó in the Altamira municipal district, in southwest Pará state, near the Belo Monte mega-dam. This is not far from Anapu, where Sister Dorothy Stang, an American nun who worked with Amazon landless peasant communities, was murdered in 2005.

The squatters were campaigning for the area to be turned into an officially authorized agrarian land-reform settlement. According to unconfirmed reports, military police were attempting to evict the settlers at the behest of a man claiming to own the land. The police were reportedly acting without a judicial order. The action ended with one confirmed death, a member of the military police. Some witnesses say there were three other victims, all landless workers.

Four days earlier, four people are believed to have been killed in Seringal São Domingos, in Ponta do Abunã, a remote area in the Lábrea municipal district near the intersection of the borders of Acre, Amazonas and Rondônia states, about 150 kilometers upstream from the Jirau hydroelectric dam. Landless movement squatters, likely traumatized by the violence, remain too afraid to speak openly, but it is believed that many other people remain missing.

According to information provided by the Military Police, four hooded and armed men arrived in Seringal São Domingos and told the families living there they must leave their homes. The squatters’ leader, Nemis Machado de Oliveira, 53, was reportedly shot dead. The gunmen then expelled the other squatters, firing shots in the air and burning their homes.

Since 2016, about 140 families have been living in Seringal São Domingos, an old rubber plantation, surviving on rubber tapping and subsistence farming.

The region has a long history of conflict, involving land-grabbers, farmers, and loggers. One of the most notorious murders occurred in May 2011 when Adelino Ramos, known as Dinho—a leader of the Landless Peasant Movement (Movimento dos Sem Terra, or MST)—was murdered while selling vegetables he had grown in his settlement, which was officially recognized by the National Institute of Colonization and Agrarian Reform (INCRA). Dinho had survived the 1995 Corumbiara massacre, when eight people were killed and hundreds wounded. At the time of his murder, Dinho was active in denouncing illegal loggers along the Acre-Amazonas-Rondônia frontier.

Suspect named in Dilma Ferreira Silva slaying
These two new cases, which may ultimately yield a far greater death toll, follow another massacre the previous month. On March 22, Dilma Ferreira Silva, a social leader with the Movement of People Affected by Dams (MAB), her husband, and a friend, were killed by hooded motorcyclists in the Baião municipal district about 60 kilometers from the Tucuruídam in Pará state. They were assassinated inside the family home; Dilma had her throat slit after watching her husband and friend killed.

Two days later three burnt bodies were found on a cattle ranch just 14 kilometers from the Salvador Allende settlement where Dilma and the other two victims lived. The three new victims were identified as Marlete da Silva Oliveira and Raimundo de Jesus Ferreira, who looked after the ranch, and Venilson da Silva Santos, who worked there as a tractor driver.

The man alleged to have organized both sets of killings is Fernando Ferreira Rosa Filho, known as Fernandinho, who has a reputation locally as a dangerous bandit. He is now being investigated by police with respect to all six execution-style killings. The Pastoral Land Commission, which monitors rural violence, considers the two incidents to be part of the same massacre, largely because of the alleged involvement of Fernandinho in both.

According to the police, witnesses said that the three ranch employees were considering taking legal action against their employer for not respecting their labor rights. The ranch owner has also been accused of building a clandestine landing strip to facilitate drug trafficking. According to the Secretariat of Public Security and Social Defense in Pará state, the crimes are being investigated as “executions,” but police have not established the motive or found the killers—as is typical in such attacks in the Amazon. (Mongabay, April 8)